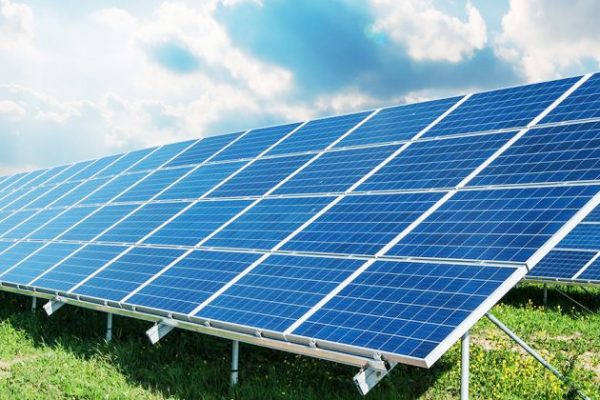 After the swearing in of new Cabinet ministers, debates have raged around development of the country in all sectors with great hopes that the new leadership will help foster positive change.

Structurally, even in the “new Zimbabwe”, it appears business as usual in the space for environmental conservancy with the same minister Oppah Muchinguri still presiding over the Environment, Water and Climate portfolio.

Her retention can be lauded as a continuity strategy, considering the subject is widely misunderstood, but there are calls to solve contentious concerns surrounding natural resource conservancy, clean water, green energy and proper sanitation among other things.

“The ministry has to craft policies that speak to the needs of the people with regards to environmental consciousness, climate change and sustainability issues that seem very elitist to the ordinary citizens,” said environmentalist Kudakwashe Makanda.

In line with his assertion, different advocacy groups suggest a paradigm shift in information dissemination so less technical data, easy to comprehend by layman can be relayed.

“We need ideas that are saleable to the ordinary rural folk because that is where we have been losing it; we need to introspect on what we have been doing so far and make better decisions pertaining where we are going,” Makanda said.

Currently, the new government appears to be willing to take steps in the right direction regarding the ministry responsible given an increase of capital expenditure by over double that of last year’s budget to $85 595 000 in the 2018 budget.

Makanda believes the surge in the fund to be received will go far in improving the efficiency of parastatals focusing on the environment.

“It is a welcome move, especially towards environmental consciousness, climate change and pro-activeness because in previous years most parastatals were inefficient to deal with the issues of the day because of incapacity caused by lack of resources,” he said.

“With funds in existence, green projects are now implementable even if they are not enough it is a huge step towards an ideal situation.

“We are saying they should be used transparently and in a non-partisan manner in a bid to reach out to the citizens.”
According to ecologist, Tinovimbanashe Gwenhere, government should, aside from financing, give more room for parastatals to exercise their full functions.

“There is need to refurbish those organisations that dealt with the environment and give them a little liberty to make decisions with the revenue they collect from the environment,” he said.

The authorities set up to conveniently help police environmentally unfriendly activity have oftentimes failed in enforcement, raising questions on their purpose.

However, Gwenhere believes a sustainable way of dealing with irresponsible activity should start by serious sensitisation of the citizens on the importance of the environment, especially the youth.

“Youths should be made aware of the importance of the environment because some degrade the environment out of ignorance,” he said, adding that issues of environmental conservancy have for long been taken too lightly because people are unaware they play a central role on human existence.

“If one is made accountable I can assure you that they will not be reckless the way youths are out there.”

Meanwhile, corruption has been a major obstacle stalling some efforts by innovative entrepreneurs to provide lasting solutions to the climate change scourge, as well as environmental degradation.

The new government has promised to root out retrogressive elements and appears to have started already, if reports of unimplemented solar energy tenders being revoked are anything to go by.

Our sister paper The Zimbabwe Independent on Friday reported that it was in the government’s plan to start working on the Gwanda solar energy project among others next year following the granting of incentives to the Zimbabwe Power Company (ZPC) to enable mobilisation of funding.

With a massive target of constructing a 25MW solar plant in the first phase, this shows the commitment to clean energy while also serving as a wake-up call to sleeping investors who were sitting on agreements made over the past few years.

Apart from harmonisation of different environmental policies and law, Makanda says the immediate plan for the new leadership should be to solve the bread and butter issues like food, accommodation and energy among others.

“Ultimately, people are struggling to survive and the first place people approach is the environment to quench hunger and thirst and in most instances, the desperation causes them to start using natural resources in an unsustainable way, so government ought to address welfare issues immediately,” he said.

The old guard may have been defined as lacking attention on pertinent environmental issues but if the current ship captains are truly leaders of their word then it should not be hard for Muchinguri to convince them that humanity’s existence depends on the health of Mother Nature.