THE late former Vice-President Joshua Nkomo’s participation in the 1979 Lancaster House talks was frowned upon by the military element in his PF-Zapu, Zipra, which felt the negotiations were a “self-created” onslaught for the former liberation movement, Zanu PF secretary for administration Obert Mpofu has claimed. 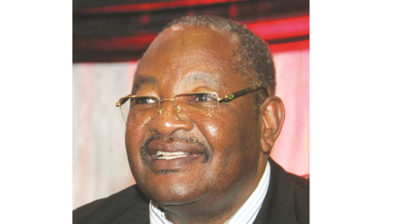 Mpofu opined last week that the major achievement of the Lancaster House Conference ‘in preserving the interests of Britain and America was the outwitting of Nkomo’ at the talks.

Mpofu, in an opinion piece titled ‘Zimbabwe@40: Joshua Nkomo and the Liberation Footpath (Part 2)’ published in the State-owned media last week, said Nkomo went into the talks against advice from Zipra commanders, among them Lookout Masuku.

Masuku, who led the Zipra forces in the guerrilla war against Rhodesia, died in 1986.

At independence in 1980, Masuku became deputy commander of the Zimbabwe National Army before his arrest in 1982 together with Nkomo’s military intelligence chief, Dumiso Dabengwa, on charges of plotting a coup against Prime Minister Robert Mugabe’s government. They were acquitted in 1983, but were immediately detained again under emergency powers until release owing to ill-health, culminating in his death.

“In a way, the military remained radically defiant to negotiation…Some in the military ranks especially the Late Lookout Masuku felt betrayed when Dr Nkomo decided to take part in the Lancaster Conference which was perceived as a self-created onslaught for Zapu,” Mpofu argued.

This is because, according to Mpofu, Nkomo’s participation was ‘largely driven by misleading advice he received from the whites,’ with the late Father Zimbabwe accused of disregarding counsel from the Zipra military element that had “wide resentments about participation in the Lancaster.”

“Moreover, the exclusion of Russia as an interested stakeholder in the transitional roadmap set at the Lancaster Conference was indicative of Britain and America’s monopolistic determination to shape Zimbabwe’s independence politics. Key African countries which had assisted both Zanla and ZPRA in the execution of the armed struggle were (also) excluded in the Lancaster arrangement,” Mpofu wrote.

But Zapu yesterday accused Mpofu of deliberately skirting the truth about how the liberation movements were frog-marched to the Lancaster House Conference by the Frontline States.

Zapu spokesperson Iphithule Maphosa said the Zanu PF and PF-Zapu leaders were given one condition; either participate in the talks or stop using the host countries in waging their guerilla war.

“He chooses to side-step the fact that the Frontline States, who supported the Rhodesia Liberation movements, Zapu and Zanu PF, literally marched them into Lancaster, totally unprepared for such. They were given one condition, either participate in the talks or stop using the host countries in waging their guerilla war. This was after a decision was made towards or in 1979 that the Rhodesian question only had to be decided by negotiations and not the inevitable victory of Zipra against the Rhodesian army,” Maphosa said.

“Despite resentment of talks right across the rank and file in Zapu and Zipra, there was no other choice for they would have been left baseless and at the mercy of Rhodesians. It is folly to insinuate that President Nkomo took advice from whites as Mpofu says.

It is nothing, but perpetuation of ethnic propaganda that Zanu PF has been peddling since 1963 to date, which Mpofu could have convinced himself with while in India as his betrayal of Zapu and Nkomo would become clear in the 1980s when he joined Zanu PF right at the height of Gukurahundi genocide.”

Maphosa said Nkomo never took advice from imperialists and that there was no friction between him and the military element.

He said “the imperialist forces in Britain and America had already picked their preferred candidate for the post-Ian Smith era Robert Mugabe, who later went to Lancaster as leader of Zanu PF after assuming that position in the most illicit of ways”.

Maphosa added: “Instead of representing his organisation and the people of Rhodesia, Mugabe was assisted by the British Conservatives to pitch himself as the most suitable candidate by imperialist standards. Both liberation movements were arm-twisted into these talks and both, together with the people lost to Mugabe and his unbridled and insatiable love for power. He presented himself as the only one who could preserve and protect Western interests in Rhodesia post-independence, all that at the expense of the people and the revolution.”