No bail for CID boss 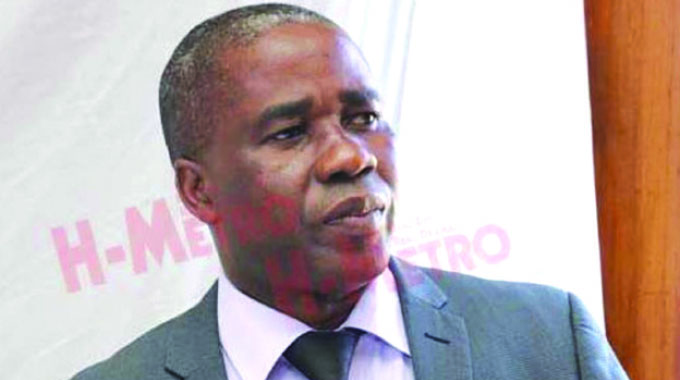 CRIMINAL Investigations Department (CID) director Commissioner Chrispen Charumbira (49), who was arrested on Thursday for criminal abuse of office, was yesterday remanded in custody to October 8 when he appeared before Harare magistrate Marehwanazvo Gofa.

Charumbira, through his lawyers Tabison Bvekwa and Sylvester Hashiti, opted to apply for bail at the High Court after the State indicated its intention to oppose bail.

He was charged with five counts of contravening Section 189, as read with Section 184(I), of the Criminal Law (Codification and Reform) Act Chapter 9.23.

Prosecutor Michael Reza alleged that on December 17, 2015, Detectives Ndlovu, Mbundire and Munyandure — all of CID Drugs, Harare — received information that one Charles Chabata Magolise had dangerous drugs at his place of residence.

The team reacted to the information and conducted a search, which led to the recovery of 443 grammes of dagga and subsequent arrest of Magolise.

“Upon learning of the arrest of Magolise, the accused phoned Detective Ndlovu on his mobile number instructing him to release Magolise,” reads the charge sheet.

“However, the team did not take heed of the accused’s instruction and took Magolise to Harare Central for docket compilation after consultation with the Officer Commanding CID Drugs, Harare, Chief Superintendent Mukazhi.

After realising that Det Ndlovu and his team were not yielding to his demands, the accused allegedly became emotional and ordered them out of his office.

Magolise was subsequently taken to court where he was convicted and jailed for eight months.

It is also the State’s case that sometime between February and March 2016, Detectives Moyo and Nkomo of CID Drugs and Narcotics, Harare, got a tip-off from one truck driver, Salim Ibraham, that he was carrying a suspicious consignment of two sacks destined for Harare.

It was to be received by unknown recipients at the National Railways of Zimbabwe Complex.

The two detectives laid an ambush at the given delivery spot, leading to the arrest of two accused persons, Violet and Kelvin Muzondo, immediately after they had received the two sacks of dagga.

They were then taken to Harare Central Police Station for detention and further investigation.

“Upon leaving Harare Central Police Station for his home, Detective Moyo met one drug dealer only known as Ranga, who informed him that the accused wanted to talk to him through his cellphone,” reads the charge sheet.

“The accused person instructed Detective Moyo to release the two suspects. Detective Constable Moyo did not comply with his instructions.

“The following day, while walking to his office, Detective Moyo met the then Assistant Commissioner Charumbira, who accused him of being big-headed and quizzed him as to why he had refused to comply with his instructions.”

On a different occasion sometime in February this year, Det Manyandure, Det Zamba and Constable Gwizo, who were all attached to the Manicaland Crack Team, received a tip-off that David Cosby, who resides at number 10 Bless Block, Murambi, Mutare, was in illegal possession of gold and diamonds.

Armed with a search warrant, the crack team tried to effect an arrest on Cosby.

“Upon being served with a warrant of search and seizure, David Cosby contacted the then Assistant Commissioner Charumbira, who then talked to the crack team, questioning the credibility of the operation as he indicated that he was the only one who could authorise such operations,” reads the charge sheet.

“The accused directed the crack team to abort the operation and return to their station. As a result of the accused’s interference, no search or arrest was made.”