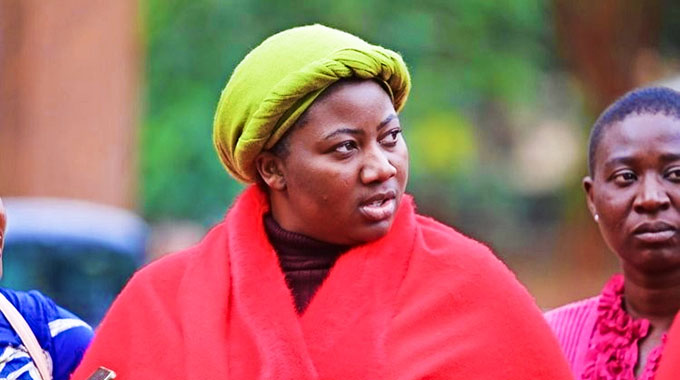 MDC-Alliance activists Joana Mamombe and Cecilia Chimbiri were yesterday denied bail on their latest charges of insulting police in central Harare, as they have disregarded bail conditions set in two previous cases of faking their abductions last year and violating national lockdown regulations by staging an illegal demonstration.

In denying the pair bail, Harare regional magistrate Mr Stanford Mambanje said the two had a propensity to commit further offences once freed and so Mamombe and Chimbiri proved that they have no regard for bail system and conditions imposed on them.

Mamombe and Chimbiri, well-known MDC-Alliance members, are charged with undermining police authority after they allegedly hurled insults at police travelling in a vehicle alongside theirs in Harare’s city centre.

Mr Mambanje remanded the two in custody to March 13 and advised the State to speed up its investigations, saying the matter was not complex.

The State led by Ms Audrey Chogumaira and Ms Sheilla Mupindu had opposed granting bail for the two, saying they had committed the offence while on bail for two other charges and argued that if Mamombe and Chimbiri were granted bail they were likely to continue committing offences.

Mamombe and Chimbiri, through their lawyer Mr Charles Kwaramba, denied insulting the police and instead accused the police of arresting them on suspicion that they were participating in an illegal demonstration, which they claimed were not part of.

Mr Kwaramba told the court that Mamombe and Chimbiri were coming from consulting their medical practitioners when police arrested them. He argued that the police were tarnishing the country’s image by taking trivial matters to court.

The court heard that on Monday, Mamombe was driving an unregistered Toyota Fortuner along Kwame Nkrumah Avenue in Harare side-by-side with a police patrol vehicle.

It is alleged that the police van was carrying some accused persons and while at the intersection of Kwame Nkrumah Avenue and Sam Nujoma Street, the two motor vehicles were stopped by traffic lights.

The court heard that Mamombe and Chimbiri opened their windows and started shouting at the police officers.