No compensation, but new benefits for war collaborators 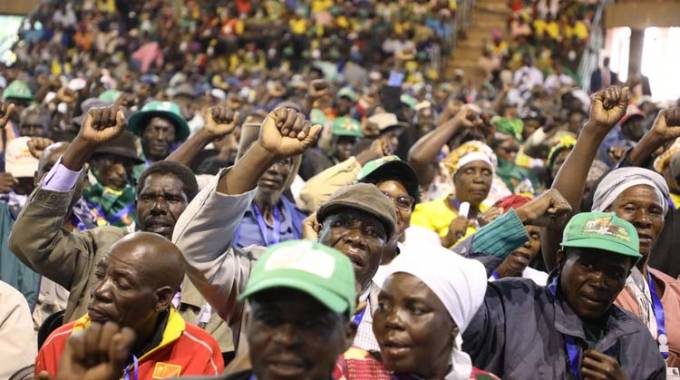 Government will not pay compensation to war collaborators but will establish a fund to bankroll income-generating projects, President Mnangagwa has said.

War collaborators were pushing for grants similar to those paid to war veterans in 1997. They will also receive medical and educational benefits.

There are more than 100 000 surviving war collaborators who played a key role in the country’s liberation war by providing intelligence, information, shelter and food to combatants.

The President told the gathering of war collaborators at the Zimbabwe Liberation War Collaborators Association (ZILIWACO) Conference in Harare yesterday that a kitty to finance various empowerment projects would be unveiled once the vetting exercise is completed.

“But once you are done with your vetting, we have a window of funds that we have arranged for you. There are three or so that have been set up. We are going to fund these projects for you to empower yourselves. These funds are not for individuals, so you need to set up groups and identify what you can do,” he said.

“We will not forget what you did and we will reward you.”

War collaborators will also receive medical assistance, while their children will also benefit from educational grants offered by Government through the scheme that is already being provided to war veterans.

But such benefits will only be extended by amending the law to include them.

“We have the numbers in Parliament to pass the legislation,” said President Mnangagwa.

Following the recent admission of war veterans as a fully fledged wing of Zanu-PF, war collaborators will now have an office to deal directly with their matters at the party’s headquarters, he added.

The President said he wanted to meet children of both war veterans and war collaborators.

“We must pass on this doctrine of loyalty, perseverance and dedication to our children. We want to pass this spirit from one generation to another. I am aware that your children have different associations of their own. I would like to have a meeting with children of war veterans and war collaborators so that we encourage them to continue to pass on our revolutionary virtues.”

He also immediately granted a request by ZILIWACO members to increase the number of delegates who will attend this week’s Zanu-PF National People’s Conference from five per district to 10.

“We want you to complete your vetting process so that you can benefit from the party’s income-generating projects. If you produce food on your own, at the community level, you will be able to feed your families through much cheaper prices. We are also going to help you with inputs for production of sunflower so that you can produce cooking oil on your own.”

At the end of the conference, President Mnangagwa handed out 5 000 pockets of small grain seed to delegates.

Agriculture on recovery path despite challenges