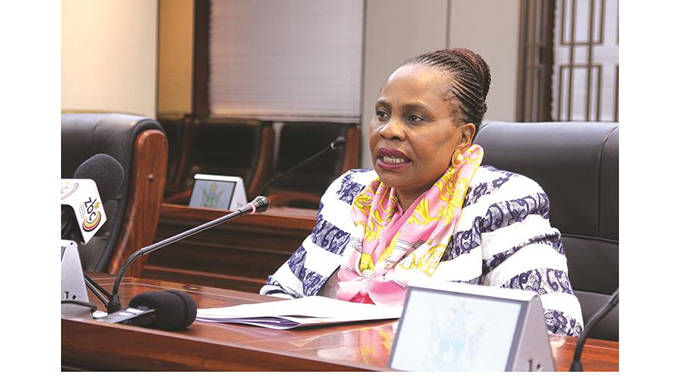 As part of efforts to contain Covid-19 infections, boarders have to remain at school over the Independence weekend and gatherings for the 41st anniversary remain limited to 50, but the vaccination programme is being accelerated with a confirmed order of 600 000 doses being delivered soon and authorisation now given to buy another five million doses.

Cabinet yesterday ordered all boarders to remain at school to minimise social contact over the holiday weekend, just as was done over the Easter holidays.

Information, Publicity and Broadcasting Services Minister Monica Mutsvangwa said after yesterday’s Cabinet meeting: “Cabinet is advising citizens to maintain a high level of alertness and adhere to the preventive measures already in force. This includes during the impending 41st Independence Day anniversary when gatherings of more than 50 persons will also be prohibited.

n order to protect learners during the forthcoming holiday and avoid the Covid-19 infection spike as happened over the Christmas and New Year holidays, Cabinet has directed that all learners at boarding schools remain at their schools during the Independence holiday in order to avoid travel congestion and minimise chances of contracting the virus,” said Minister Mutsvangwa.

“All school heads, without exception, are required to observe this directive, which is in the national interest.”

Cabinet noted that due to the strong Covid-19 surveillance system, last week’s outbreak at Sacred Heart School in Umzingwane District of Matabeleland South Province was easily detected and dealt with. All 117 cases were mild and systems had been activated for contact tracing and strengthening of all standard operating procedures.

“Government is awaiting delivery of 600 000 doses of Sinopharm vaccines following completion of procurement processes. In addition, the Minister of Finance and Economic Development has granted authority to purchase five million more doses of vaccines,” she said.

“Steps are being taken to increase the number of people to be vaccinated across the provinces, particularly in hotspot areas in Matabeleland South, Mashonaland West, Harare and Manicaland Provinces.”

The printing of the new Covid-19 vaccination cards with security features is on course, and the World Health Organisation is working on a platform to store vaccination data for use internationally. This will mean that should travelling Zimbabweans need to be vaccinated to enter any country easily, that country will be able to access secure data, making the fake cards provided by criminals useless.

“Following reports on the lack of radiotherapy services in the southern region, Cabinet is pleased to announce that the Mpilo Radiotherapy Centre is now functional. The centre will cover the Bulawayo, Matabelaland North, Masvingo, Midlands and Matabeleland South provinces,” said Minister Mutsvangwa.

Following VP Chiwenga’s visit to Bulawayo last year, the Government released funds to fix the radiotherapy machines for cancer patients at Mpilo that had broken down because of overuse following the breakdown of machines at Parirenyatwa Group of Hospitals in Harare.

Currently, Mpilo and Parirenyatwa hospitals are the only specialised centres for radiotherapy treatment in Zimbabwe and both are now able to provide this service. Without radiation therapy, patients were being treated through chemotherapy, but chemotherapy might not be suitable for all cancer conditions.