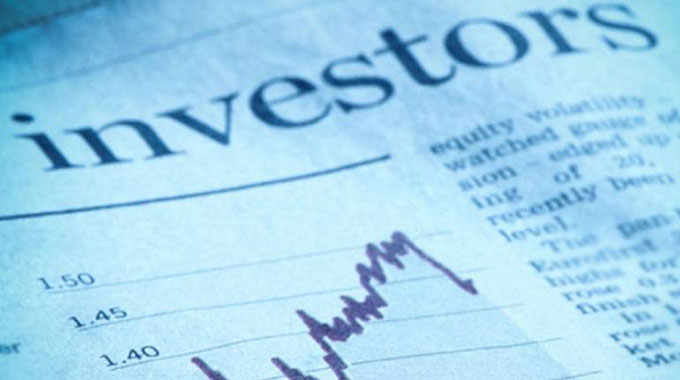 Last year ended on a high note. Equity markets surged in December and 2019 turned out to be a good year for investors with almost all global asset classes posting positive returns.

This was the exact reverse of 2018, when virtually every major global asset class was negative, offering investors nowhere to hide. The macro-worries that caused the late-2018 slump — rising US interest rates, trade wars, Brexit and a slowing global economy — faded in 2019.

The US Federal Reserve cut rates three times in the second half of the year, having gone into 2019 expecting to hike three times. It has signalled that rates will remain at current levels for the remainder of the year, while it will continue to add reserves to the banking system to ensure the smooth functioning of the US money market.

The US and China agreed to a ‘‘phase one’’ trade deal that was officially signed at a White House ceremony on January 15, 2020. The US Treasury also removed China from its list of currency manipulators. British Prime Minister Boris Johnson’s decisive victory in the December election (by number of seats won, not total votes) means Britain will now leave the European Union by the end of the month in an orderly fashion with a withdrawal agreement in place (though the hard work of negotiating a new trade regime lies ahead).

With all this as a backdrop, the benchmark US equity index, the S&P 500 returned 3 percent in December on the way to fresh record highs. This lifted the 2019 total return to a very impressive 31 percent. The MSCI All Countries World Index, combining developed and emerging markets, returned 3,5 percent in dollars in December on the way to a new record high and a 2019 total return of 27 percent.

SA bonds returned 10,3 percent for the year, ahead of the 6,9 percent return from cash. Among the major asset classes available to local investors, only listed property delivered a negative return. However, the FTSE/JSE All Property Index’s -0,4 percent 2019 return was significantly better than 2018’s -25 percent. A good balanced portfolio will have delivered a double-digit return in 2019, well ahead of inflation.

Surprises
Predictably, there have been a few surprises in the first days of January.
The first shock was the killing of a top Iranian general in a US drone strike, setting off fears that the long-standing conflict between the two countries could escalate into all-out war.
However, neither countries seem to want war and, ironically, the tragic accidental downing of a passenger jet by Iranian anti-aircraft missiles also served to defuse the situation by removing any claim Iran might have had to the moral high ground. After the initial knee-jerk sell-off, the market reaction has been muted.

Due to sanctions, Iran is currently a much smaller participant in global oil markets and, unlike in 1979, it was never going to be able to engineer a doubling of oil prices. It can jeopardise shipping in the Gulf, particularly at the choke-point at Hormuz, and thereby cause supply disruptions, but this could end up alienating the few allies it still has (notably China).

Due to the shale revolution, the US is now the largest oil producer on earth, and therefore higher prices could on balance help rather than hurt it. Importantly, the world today uses much less oil to generate a unit of economic growth, and a higher oil price will much less damaging than in 1970s.
Brent crude oil is therefore still trading well within the $55 to $75 per barrel range of the past three years, and global equities continue to push higher. South Africa is still on course for a modest petrol price cut in February. Though the situation can still change, this was a good lesson in keeping calm, ignoring the headlines and focusing on the underlying reality.

Repo rate relief
The second, much more pleasant surprise was the 0,25 percent rate cut announced by the Monetary Policy Committee (MPC) of the SA Reserve Bank on January 16. It is about time. Inflation declined through the course of 2019, hitting a seven-year low of 3,6 percent in November, while the economy is struggling. The decline in inflation expectations as measured by Bureau for Economic Research surveys continued in the fourth quarter (though the MPC wants to see even further declines). The Reserve Bank now expects inflation to stay close to the midpoint of the target range, averaging 4,7 percent in 2020 and 4.6 percent in 2021.

Meanwhile, the economic growth outlook has been cut sharply as load shedding seems likely to persist through the course of the year. The Reserve Bank expects 2019 growth will be reported as 0,4 percent, while the 2020 growth forecast has been downgraded to 1,2 percent. The latter might still be on the high side, but it will depend on how persistent and severe the electricity blackouts are.

On the growth front, it resisted rate cuts on the grounds that they could not do anything about structural constraints such as electricity shortages. Although inflation had been declining through the course of last year, the MPC persistently highlighted risks that could result in higher inflation. In particular, the MPC has long worried that rising government debt would lead to further ratings downgrades and destabilising capital outflows.

For this reason, the market expectation was for it to remain on hold until after Moody’s announcement in March (following the February budget speech). Fortunately, the MPC did not wait, and in fact it signalled the possibility of another, much-needed, rate cut. Even after the cut in mid-January, South Africa’s real short- and long-term interest rates remain among the highest of developed and major emerging markets. Load shedding weighs on economic activity, which in turn reduces government’s tax take, forcing it to borrow more if it keeps spending unchanged. Deep spending cuts are politically unpopular and therefore unlikely, and could also be counterproductive.

The question for investors, however, is how much of this is priced in already. The high yields on South African government bonds relative to other similar emerging markets suggest that the bad news is largely in the price. Similarly, although the JSE had a better year in 2019, the valuations of many locally focused companies are cheap, reflecting the tough economy.

What matters is the price you pay
Howard Marks, the billionaire American investor and founder of Oaktree Capital, released his annual memo last week, and it is worth a read as always. It highlights two of his guiding principles: “Success in investing doesn’t come from buying good things, but from buying things well” and “It’s not a matter of what you buy but what you pay for it.”
Marks made his name and fortune in the high yield (junk-bond) market, so he knows a thing or two about risk.