‘No oil, gas discoveries yet’ 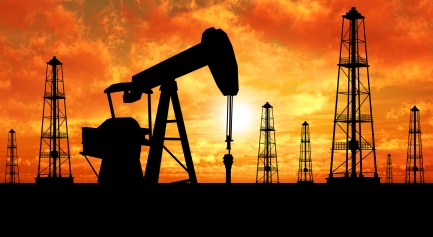 HARARE – President Emmerson Mnangagwa was yesterday left with egg on the face after a company he claimed had discovered oil and gas deposits in Muzarabani dismissed the claims.

An excited Mnangagwa told journalists on Thursday that oil and gas had been discovered in Muzarabani through explorations by the Australian-listed company Invictus Energy Limited (Invictus).

But in a move that has the potential of denting the country’s reputation, the company said they will only be positive about the “discovery” after explorations.

“The company (Invictus) wishes to reiterate that an oil or gas discovery has not been made and the Prospective Resource Estimate for the Muzarabani Prospect relates to undiscovered accumulations which have both a risk of discovery and a risk of development. Although the

Cabora Bassa Basin possesses all the elements for a working petroleum system, a discovery can only be confirmed through drilling of an exploration well,” the organisation said in a statement posted on its website.

However, according to Mnangagwa, Invictus had confirmed the deposits.

“We have since been advised by Invictus that the findings are positive and point to oil and gas deposits in the area,” Mnangagwa said in his statement on Thursday.

At the 9th Harare Institute of Technology graduation ceremony yesterday, Mnangagwa made reference to his Thursday statement of “possible” oil deposits in Mashonaland Central’s Muzarabani area, urging graduates to use the skills they acquired to boost the economy.

“Only yesterday, I announced myself the possible presence of oil in Muzarabani …” he said.

Asked to comment about this disparity, deputy chief secretary to the President and Cabinet George Charamba downplayed the issue, claiming there was no discord between the government and the Australian company.

“They are tempering expectations, that is normal in the industry. Conclusive results come after explorations have been done. There is no discord between government and the company. Until after the drilling, they can’t say definitively that they have found the deposits,” Charamba said.

In his statement, Mnangagwa claimed Invictus was utilising data which was generated by Mobil Oil in the early 1990s when extensive oil and gas geo-physical work was undertaken in the greater Muzarabani area.

Even though Mnangagwa’s statement pointed to positive findings, he said plans to sink the exploration well were expected to be done by 2020.

“Government of Zimbabwe will work very closely with Invictus to ensure that Invictus realises its plans to sink an exploration well by mid-2020.

“After the exploration well, the next stage will be commercial exploitation of the resource. In the interim, additional geo-physical work is ongoing to identify further exploration targets. Updates will be given as and when the planned exploration work results come in.

“The result as communicated by Invictus is an exciting development for our country. Invictus has committed itself to enter a production sharing agreement with the Government of Zimbabwe, which will be applicable when the project proceeds to commercial production stage,” Mnangagwa said.

In its statement, Invictus, said its management was part of Mnangagwa’s press statement and said he never stated that an oil discovery had been made in Zimbabwe, but that the exploration activity being undertaken by the firm had positive indications and that an exploration well would be drilled to confirm the potential of the Muzarabani Prospect.

The organisation also said that after the meeting with Mnangagwa and Mines minister Winston Chitando, Invictus managing director Scott Macmillan had said: “We are honoured to have been received by president Mnangagwa and minister Chitando to provide an overview to the Zimbabwe Government of our exploration activity and progress to date in SG 4571. We are extremely pleased to have the support of government as we progress our work programme towards the drilling of the first exploration well in the Cabora Bassa Basin. We look forward to working with the government of Zimbabwe on this exciting project which if successful can make a significant contribution to Zimbabwe.”

“The estimated quantities of petroleum that may be potentially recovered by the application of a future development project relate to undiscovered accumulations. These estimates have both an associated risk of discovery and a risk of development.

“Further exploration, appraisal and evaluation are required to determine the existence of a significant quantity of potentially movable hydrocarbons. Prospective resource assessments in this release were estimated using probabilistic methods in accordance with SPE-PRMS Standards (Society of Petroleum Engineers — Petroleum Resource Management System),” the organisation said.

Political analyst Maxwell Saungweme said Mnangagwa could be desperate to present good news to suffering Zimbabweans, who have been expecting economic changes.

“I think like what (Prophetic Healing and Deliverance Ministries leader Walter) Magaya did prematurely announcing an HIV cure, Mnangagwa may have done the same. I believe he understands what he is talking about and indeed there are oil and gas deposits but he made a premature announcement. Indeed he can’t wait to announce good news when the nation is so filled with grief and bad news. Anything that brings a smile to the people will be announced,” Saungweme said.