No one is invincible in Zanu-PF: Matemadanda 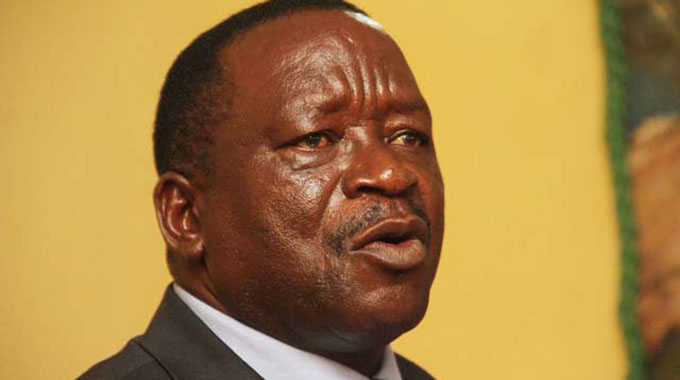 Source: No one is invincible in Zanu-PF: Matemadanda | Herald (Top Stories)

Andile Tshuma Bulawayo Bureau
ZANU-PF Secretary for War Veterans Cde Victor Matemadanda has said no one is invincible in the ruling party hence no individual must think that he or she is bigger than the organisation.

He made the remarks in Bulawayo on Thursday while addressing war veterans from Bulawayo Province at Stanley Square in Makokoba suburb.

He said those that feel bigger than the party are doomed as there was power in unity than individuals.

“We have some people among us who feel that they are bigger than Zanu-PF, but they are not. Our own President, ED Mnangagwa, is a servant yet we have people who think they are way bigger and better than everyone else. No one is invincible in this party,” he said.

Cde Matemadanda said people must learn from the Robert Mugabe era that no one is bigger than the party.

“We removed Robert Mugabe from power after realising that he was going against the will of the people.

“The power is in the people and at some point our lives were in danger and we were sleeping in the bush after some orders for us to be killed, but the long and short of it is that he is out and resting at the Blue Roof and we are taking the struggle forward,” he said.

Cde Matemadanda said war veterans should not depend on the leadership for entrepreneurial ideas, but must come forward with business ideas and get funding.

“I have not come here to tell you what to do, but I will only ensure the facilitation and implementation of your ideas as something is more likely to be successful if it is a person’s passion,” he said.

Cde Matemadanda said war veterans should feel free to invest anywhere in the country as Zimbabwe is a unitary state.

“There are no kingdoms in this country and people from Matabeleland must feel free to invest in Mashonaland and vice versa. There are no more tribal trust lands as that was a colonial mentality,” said Cde Matemadanda.

He called for an end to factionalism, both in the ruling party and amongst war veterans.

“Stop factionalism, divisions exist and you must leave G40 shenanigans. Due to factionalism, we were being tracked and had to live in the bush.

“If I am now your senior or your boss and you were a commander, what matters is the state of affairs now. Stop playing big bosses because you can be replaced,” he said.

Cde Matemadanda said Government was looking into the welfare of war veterans and said projects to benefit them will be unveiled soon.

“The President is now tired of hearing about the problems faced by war veterans, without solutions. He has since tasked us to work with widows, children of war veterans, and war victims. We will no longer be a basket case as soon as our projects take off and start paying dividends,” he said.

“We are working to ensure that more of our cadres come back to the party. They were forced out of Zanu-PF by desperation and frustration. However, this is a new dispensation and things are different,” he said.