No tax break for religious organisation that enters business arena 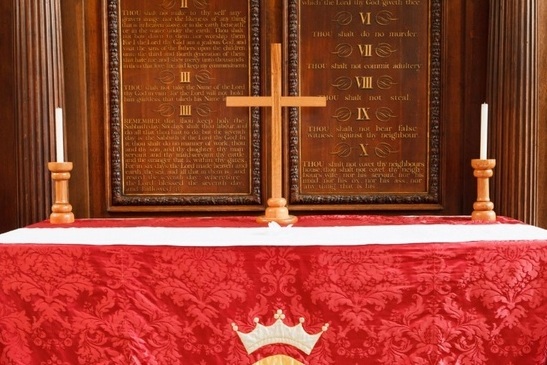 HARARE – One of the most innovative and business-minded groups are today’s religious organisations.

Rather than waiting for donations and offerings, churches and religious organisations are coming up with income generating streams to sustain themselves and fulfill the mandate of preaching the word.

Some have ventured into farming, having wedding venues, lodges, transport hiring, bookstores, educational institutions, hospitals, just to mention but a few. Such initiatives generate revenue for the church away from the traditional sources and often cause today’s church to competing with the private sector for tenders.

It cannot be over emphasized that a church plays an important role in a society. Without its effort, in providing for an improved and civil society, the society will be much poorer. For this reason most tax jurisdictions exempt churches from income tax.

However, some have questioned the rationale of exempting commercial enterprises or activities of religious groups and are of the view that churches involved in such activities must be taxed so as to achieve tax neutrality amongst investors. This piece of writing is about the tax status of the Zimbabwean church.

Income tax is payable by persons engaged in trade and investment activities. A trade is generally taken to be an activity, a business, occupation or anything carried
on or pursued for purposes of producing income.

Although not conclusive in itself profit motive is often one of the objectives of undertaking a trade, and often a missing link in the activities of a church or religious organisation.

For this reason receipts and accruals of church or religious organisations are exempt from income tax only to the extent of donations, tithes, offerings or other contributions by its members.

However, if a church decides to cross the line and enters into ventures often undertaken by entrepreneurs they become liable to income tax. The law, therefore, taxes the receipts or accruals that are receipts and accruals of income from trade or investment carried on by or on behalf of the church or religious organisation.

A church or religious organisation is regarded as an employer if any of its workers including the pastor earns at least US$300 per month (US$350 per month from January 1, 2019). It should therefore register as an employer within 14 days of engaging any such person and deduct PAYE from the remuneration paid to the employees.

A church is liable to PAYE on remuneration, stipend or any benefit accruing to its employees including pastors. This includes gifts from the congregation. Gifts made to a minister during his/her ministry for example at Christmas or on special occasions must be treated as additional stipend and be dealt with through the PAYE system.

Thus, amounts paid to pastors as stipends constitute income for services rendered subject to PAYE rules. An ex gratia gift made in token of the esteem in which the pastor or minister has been held by members of the fellowship is non-taxable.

A mere gratuity or testimonial given to the minister or pastor especially after he ceases to be one cannot be brought to tax otherwise these items cannot be said to be received by virtue of him being the holder of office. Ministers in training (formerly known as student ministers) are appointed to serve a church whilst also undertaking training at a theological college as a ‘congregation-based student.

It is customary for them to receive an appropriate level of stipend which should be taxed through the PAYE system. If they are provided also with fringe benefits, for instance, accommodation (whether church-owned or leased) there is no reason why these should not be taxed.

Churches or religious organisations should register for VAT if the total value of taxable supplies made in the period of twelve months exceeds $60 000. They are not exempt from the payment of VAT when they purchase goods or services which are subject to VAT.

A supply by an association not for gain or a welfare organisation of any goods or services which it receives as a donation is an exempt supply according to s11 (b) of the VAT Act which states that “the supply by any association not for gain of any donated goods or services or any other goods made or manufactured by such association if at least 80 percent of the value of the materials used in making or manufacturing such other goods consists of donated goods”.

The exemption also applies in a case where the organisation sells goods which it has manufactured if at least 80 percent of the value of the supply consists of donated goods or services. Therefore associations not for gain and welfare organisations do not declare output tax on any donations received by them in the furtherance of their stated aims and objectives.

However, the organisation will be liable for output tax if any so-called “donation” is conditional upon some form of reciprocity in the form of a supply of goods or services (identifiable direct valuable benefit) by the association to the “donor” or a relative or other connected person in relation to the donor.

In such cases, the payment received is viewed as being a consideration for a taxable supply made by the organisation.  Donated goods or services  refers to “goods or services which are donated to an association not for gain and are intended for use in the carrying on or carrying out of the purposes of that association

The religious organisations are supposed to withhold 10 percent when making payments to suppliers without a tax clearance.

Religious organisations should keep proper books of accounts, register for tax purposes and submit required returns for their business ventures just like anyone else.
Meanwhile, Matrix Tax School is going to host its 2019 Victoria Falls Tax Conference from May 22 – 25, 2019.

* Marvellous Tapera is the Founder of Tax Matrix (Pvt) Ltd and the CEO of Matrix Tax School (Pvt) Ltd. He writes in his personal capacity.