’No to command vaccination’ 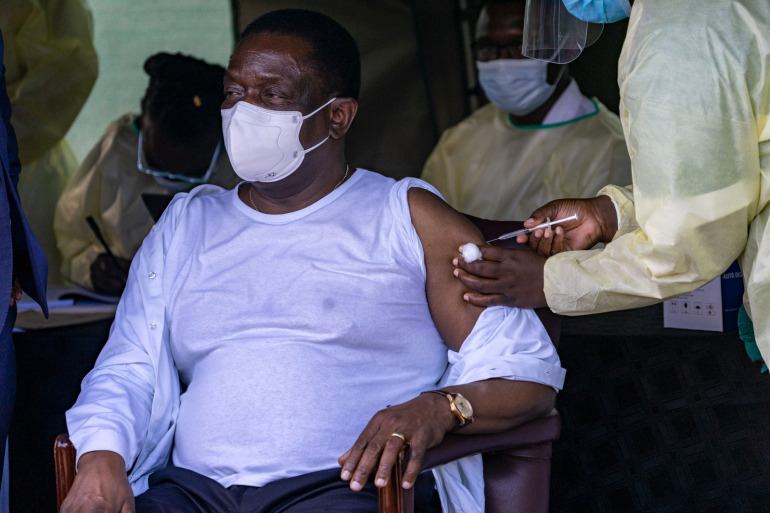 The International Coalition against Coronavirus-African Development (ICAC-AD) has warned President Emmerson Mnangagwa’s administration against commandeering citizens to take up COVID-19 vaccines, saying this should be on a freewill basis.

This came after Mnangagwa recently warned that government might make it mandatory for citizens to produce COVID-19 vaccine certificate when boarding public transport or entering public spaces, among other services.

Director of health informatics and data analytics in the Health and Child Care ministry, Simukai Zizhou, told State media on Saturday that the ministry has completed the new vaccination certificate with security features and a quick response barcode (QR code) to be scanned for verification.

But ICAC South Africa chapter first vice-president Chanda Chose yesterday expressed concern over the violation of the people’s rights by the government through remarks made on the vaccination process.

“The Constitution of Zimbabwe (Chapter 4 (2) and section 52 (c) on right to personal security stipulate that citizens must not be subjected to medical or scientific experiments or the extraction or use of their bodily tissue, without their informed consent,” Chose said.

“The surprising news is the rush to produce COVID-19 cards… We are calling upon the authorities to adhere to the Constitution…before rushing into unnecessary spending.”

Chose said Mnangagwa has been disseminating incongruent statements on the vaccination exercise as on February 26 he stated that vaccination was not compulsory, only to renege later to state that people will not have access to some services if they were not vaccinated.

“ICAC-AD is calling for a stop to compulsory vaccination,” he said.

Chose said some white garment churches do not believe in vaccination and must not be forced to do so against their will.

Vice-President Constantino Chiwenga, who doubles as Health and Child Care minister last Friday said 61 093 people had taken the first dose of the vaccine, with 6 569 getting their second doses.

The post ’No to command vaccination’ appeared first on NewsDay Zimbabwe.