No vaccination certificate, no travelling

Source: No vaccination certificate, no travelling | The Standard 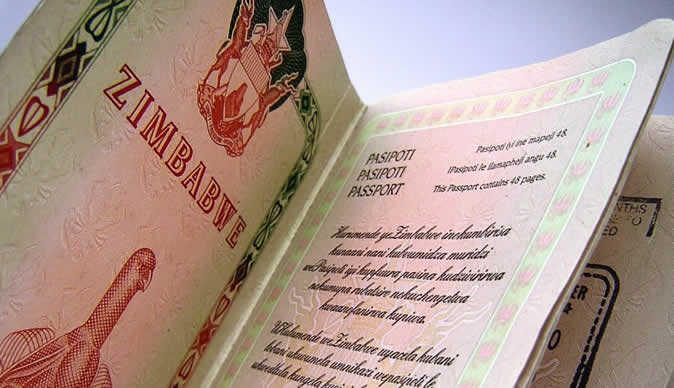 PASSPORT acquisition in Zimbabwe has become a nightmare as the whole process is being compounded by tardiness and this begins with form submission, printing up to collection.

The only simple stage without any hassle is completion of passport application forms and these are easily accessible from district registry offices.

Acquisition of the said paperwork from provincial or district offices does have its own minor obstacles while passport officials have in the past been accused of lacking courtesy towards those in need of this precious travelling document.

There is a joke doing the proverbial rounds where questions linger on who could be the holders of vulgarity trophy among nurses, registry officials and commuter omnibus touts.

And here goes the joke:

You: I honestly believe nurses should get into some form of contest with touts over the use of foul language. The “winner” will ultimately lock horns in what could be a mouthwatering “final” with staff from registry offices!!

Nurse to patient: “Don’t cough while facing my direction without covering your mouth because I have kids, who still need the love and care of their mother!”

Tout to an elderly passenger: “Gogo (Granny), please produce enough money for transport because this vehicle is a business venture. It is only from a hyena where people enjoy free rides!”

Passport Office: “Getting a passport will not in any way mean that there could be respite on the wayward deeds from your philandering husband or wife in Mzansi. Everyone get into the queue!”

Disclaimer: The above-mentioned joke neither expresses the view of The Standard nor that of yours truly. It is just some form of folktale meant for entertainment purposes.

These are some of the hassles where one may encounter in trying to have this sought-after document and it has to be acquired by all means necessary.

Now to the gist of this week’s column, which is somehow indirectly related with procurement of the above-mentioned document.

Recent media reports state that some European countries are exploring various ways on coming up and as well as adopting a so-called Covid-19 vaccination passport.

This document could become a compulsory requirement to all international visitors at Europe’s most ports of entry as these countries move a gear up in trying to curb proliferation of the mutating Covid-19 virus.

Others are also in the process of making it mandatory for every travelling individual to have a Covid-19 vaccination certificate.

Yours truly does not need to clarify the issue further concerning this particular document as some memes are currently doing the rounds over this thorny issue.

It is reported that member states within the European Union have agreed in principle on coming up with vaccine passports after much prodding from tourism dependent states.

And this borders on travelling and touring.

However, other countries such as France are at odds with their counterparts whose argument is based on completion of the vaccination exercise whose pace is rather sluggish. The other bone of contention is that such a programme would be discriminatory as visits among member states would now be conditional.

Yours truly fantasises about a situation where Sadc memeber states adopt Covid-19 passports.

If such a programme is put into practice, would members of the public encounter a scenario similar to what is currently happening when one tries to acquire an ordinary passport?

Since Covid-19 vaccination falls under the purview of the ministry of Health and Child Care, it is yours truly’s fervent hope that the joke which was mentioned earlier in this column does not become a reality.

However, the writing is on the wall for the travelling public and those on the habit of taking Covid-19 chances could soon be over.

This evokes the days of yellow fever vaccination requirements that were once implemented for the international travelling public.

Those in the know about this pandemic may bear witness that they were some countries which were no-go areas if one did not produce a valid yellow fever vaccination document.

Yours truly was once made static after failing to produce such a document when heading to one of the countries and the whole travelling excitement went up in ashes.

Thou shall not fall into a similar trap.

Till we meet again in the next column.

Leave a Reply to NO FEAR, NO PANIC Cancel reply