NPA prosecutor seeks to clear self 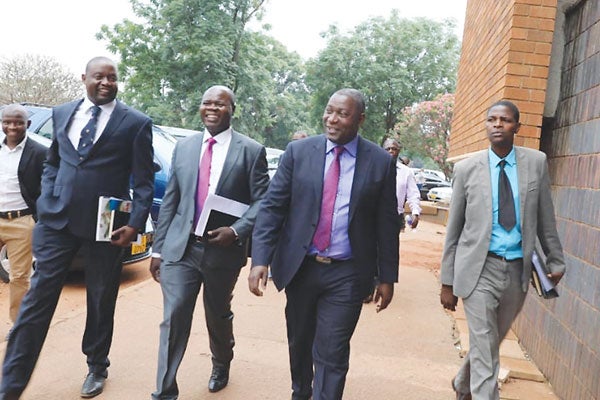 National Prosecution Authority (NPA) prosecutor Edmore Nyazamba, who was arrested for allegedly failing to respond to an application filed by former Information Communication Technology minister Supa Mandiwanzira, on Thursday last week, filed an application for removal from remand, saying he is suffering from anxiety as a result of the charges.

Nyazamba was reacting to an application made by State prosecutor Shepherd Makonde seeking a further postponement of the matter to August 16, saying the docket was with the Prosecutor-General’s Office for perusal.

Nyazamba, who was not represented, told magistrate Learnmore Mapiye that he could no longer afford to pay legal practitioners as the case was being postponed.

“The State’s failure to proceed to trial is prejudicing me and am now suffering from anxiety emanating from the allegations levelled against me. I am being prejudiced by these unnecessary and unjustified postponements as I have been forced to pay for legal fees. There is no progress with my case. I have anxiety your worship,” Nyazamba told the court.

“My dignity and reputation have been affected. Even if I were to resign from my job in the Prosecutor General’s Office, I cannot be employed elsewhere because of these allegations. I shouldn’t be punished for the State’s failure to decide on how to proceed with the matter. If the State wants more time, why should I keep coming to court?”

But Makonde opposed the application and asked the court to dismiss it, saying the docket was at the PG and waiting for the case to be assigned to a prosecutor.

The prosecutor said on the next remand date they are furnishing him with a trial date.

Mapiye remanded the matter to today for ruling.

The post NPA prosecutor seeks to clear self appeared first on NewsDay Zimbabwe.

No 5-star treatment for returnees: Mnangagwa