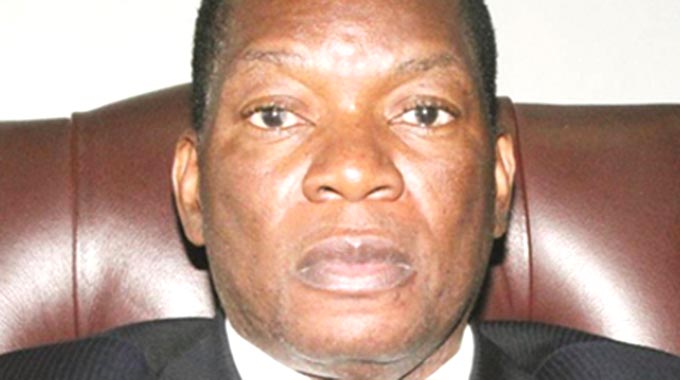 The National Prosecuting Authority (NPA) has withdrawn all prosecutors seconded from the security services in compliance with a Supreme Court order made two years ago.

The order directed that the prosecutors vacate civilian courts by February 20 this year.

This follows an application by the Zimbabwe Law Officers Association (ZLOA), which sought to stop NPA from engaging police and military personnel as public prosecutors.

Since independence, prosecutors seconded from the police and military have played a pivotal role in the justice delivery system, as the then Attorney-General’s Office, and now NPA were understaffed.

In an interview yesterday, Prosecutor-General Mr Kumbirai Hodzi said the NPA was now in full compliance with the Supreme Court order.

He said the compliance put to rest some shadowy organisations who sought to cast aspersion of the organisation thinking that they would fail to comply.

Mr Hodzi said the NPA put in place a compliance strategy through recruiting personnel with the support of the Public Service Commission (PSC) and Treasury.

“The PG’s Office is in full compliance with the court ruling. It has been so for months now,” said Mr Hodzi.

“There has been a concerted effort by a section of the media to create the impression that the PG’s Office is in default of a Supreme Court ruling on seconded Staff from sister agencies.”

“The staff mainly from the Police Service and a few from other disciplined or uniformed Services had been providing the PG’s Office a critical service in areas were the office had experienced a shortage of staff especially the Prosecutorial Department.

“The PG wishes to express his deep gratitude and appreciation to all the seconded staff for their service to the NPA,” said Mr Hodzi.

“The PG’s Office wishes to inform the public that as far as two years ago — when the initial ruling was made — a well-planned and deliberate process of returning seconded staff was put in motion.

“It commenced with the appointment of a secretariat comprising a secretary of the NPA and two deputy secretaries. This was two years ago.

“The Public Service Commission, with exemplary speed and efficiency approved far-reaching changes in the Composition of the PG’ Office. Treasury approved to the changes resulting a massive recruitment exercise for staff of the PG’s Office.”

He said at least 300 prosecutors were recruited.