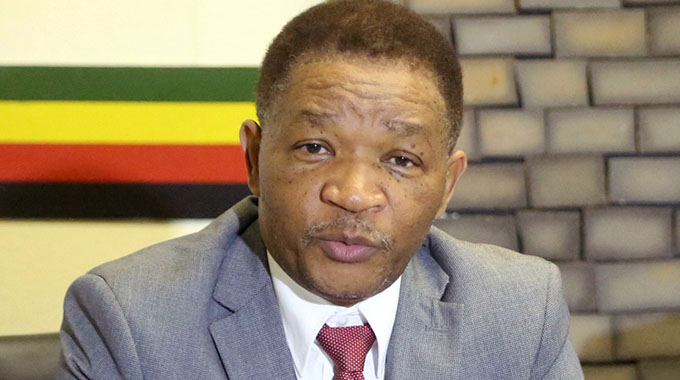 Oliver Kazunga Senior Business Reporter
The National Railways of Zimbabwe (NRZ) has begun a process of recruiting a leaner top management team as it implements a restructuring exercise in line with the Government’s directive.

Transport and Infrastructural Development Minister, Joe Biggie Matiza, recently ordered the NRZ board, which is chaired by Advocate Martin Dinha, to trim the number of executive directors from six to three.

The initiative has seen senior managers being retired as part of the restructuring programme to bring in “fresh blood” to turnaround Zimbabwe’s strategic bulk goods transporter.

NRZ public relations manager, Mr Nyasha Maravanyika, said the advertised positions were part of the restructuring programme as directed by the Government.

“The advertisements that NRZ placed over the weekend with regards to job vacancies are part of the restructuring process that the NRZ is going through,” he told our Bulawayo Bureau.

“If you look at the job vacancy adverts, the new structure is clearly evident to a leaner structure where we have the position of the general manager, chief operations officer and chief finance officer.

Under the new learner structure, Mr Maravanyika said instead of having a director as was the case previously, there will be a company secretary who will be reporting to the board as well as the chief internal auditor who reports to the general manager and audit committee in the NRZ board.

“Basically, the job vacancy adverts are a sign that the restructuring process is ongoing and in terms of how soon the incumbents will be in their new positions, I am sure that rests with the board. But the board is very clear it wants these people to start work soon,” he explained.

“If you look at the job adverts, their due date is October 2, considering that currently there is an interim situation to ensure the organisation continues its operations.

“But I am sure the board really wants the new team to come in soon after the interviews are done and ensure NRZ hits the ground running with its operations.”

Once complete, it is hoped that the whole restructuring of NRZ management will see the parastatal being able to save $1,2 million per annum.

The NRZ is a major economic enabler that helps bring down the cost of business in the country by providing efficient, reliable and cheap means of transport.

The national transporter has been a missing link in the economy and as a result the use of heavy trucks to transport coal from Hwange and fuel from Beira and South African among other key goods, has caused serious damage to the road infrastructure.

The damage means huge burden to the national fiscus as the country tries to restore the infrastructure to levels generally acceptable in the region and internationally.