NRZ to bring back electric trains…Solar farms to power trains 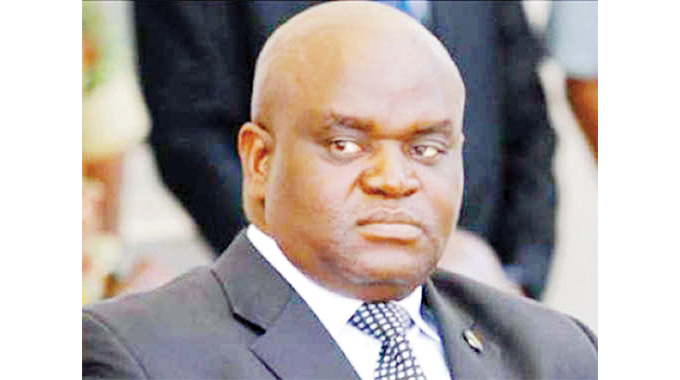 Judith Phiri, Business Reporter
THE National Railways of Zimbabwe (NRZ) has set in motion an ambitious programme to introduce a modern electro system with high voltage power for their railway lines as the company moves away from the setup which has over the years been vandalised by criminal elements.

Speaking on the sidelines of the NRZ Strategic Plan launch in Bulawayo on Friday, NRZ board chairman Advocate Martin Dinha said to counter the challenge of vandalism of the railway lines they were working on introducing modern electro systems.

“We are working on installing modern electro systems that we saw in Indonesia and China so that we do away with the current system.

“The new system will be a high voltage system that will operate on the railway line and it will be very dangerous for anyone who would want to tamper with it because the whole railway line will be live at any given time,” said Adv Dinha.

He said the company was doing away with the overhanging wires system which had been vandalised time and again over the years. With the new system in place the electric conductivity for the train will be on the track.

Adv Dinha also noted that NRZ was developing and moving to a modern Global Positioning System (GPS) based telecommunications system that will allow real time movements of the trains to be captured.

“We are challenging universities, TelOne and other ICT companies to provide simple packages for us to use the GPS systems that are already in place.

“For the satellite-based systems or the GPS for asset monitoring and tracking there will be no need to put in hardware that has been used before that can be easily vandalised, but at the same time we implore our people that these are national assets, there is no need to vandalise them.”

Adv Dinha said the level of vandalism in the country of State equipment and assets was so bad as most electrical lines and transformers were being continuously vandalised.

“As you go around there are no more sign posts, this shows the effects of the bad mentality of vandalising and destroying public assets and goods. It’s an ill that we must get rid of,” he noted.

Adv Dinha said NRZ was working on setting up solar farms that will be used to power the trains and counter the challenge of load shedding.

“NRZ has a lot of farms so we are going to use some of them as solar farms because one of our problems is energy, we would not want a train to stop for four of five hours while in motion because of load shedding. Through the efforts of Zesa we have its executive chairman Dr Sydney Gata so that we can be able to put up solar farms.

“In between Harare we need one solar farm and in Kadoma we have the farm then we transform and get electricity directly on our grid and the balance we can sell it to the town nearest,” said Adv Dinha.

He said the company has discovered that solar farms in between major cities will allow NRZ to be self-sufficient in terms of energy as they work towards achieving the goal envisioned by President Mnangagwa of creating an upper middle-income economy by 2030.

He said as the company modernises its services for a short-term period by 2023, it excepts to have rehabilitated its infrastructure, install modern signalling and telecommunications systems, acquire more rolling stock, have new 40 locomotives, 300 wagons and 300 coaches.

Adv said under the National Development Strategy (NDS1) as envisioned by President Mnangagwa, NRZ is expected to have reached a certain threshold by 2030, which is expected to provide commuter services in major cities.

The NRZ-operated railways in Zimbabwe have a route length of 2 759 km, comprising 1 881 km of mainline and 878 km of branch lines. Some 313 km of the route length, from Dabuka to Harare, is electrified. This line has been vandalised and is no longer in operation. In addition, there is 385 km of track operated by the Bulawayo-Beitbridge Railway concession. The total track length is 4 313 km.