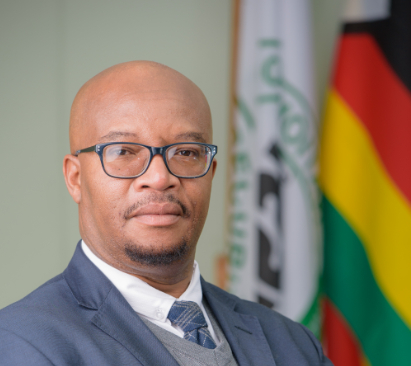 NSSA acting general manager, Arthur Manase, told The Sunday Mail Business last week that the launch of the new corporate identity was a significant milestone that symbolised the change occurring within the organisation.

“Our corporate identity marks a transformed organisation. Our new logo is simple and inviting, with a curvy font that represents ingenuity, diversity, continuous and progressive transformation.

“The orange circle is a depiction of the sun — with NSSA you can always look forward to bright and sunny days during and after your working life,” said Mr Manase.

He added that the re-branding was meant to communicate a new NSSA that is driven by a culture of excellence performance from three perspectives — efficiency, resource stewardship and responsiveness.

“NSSA has come a long way since it started operating in 1994. Over the past 26 years, NSSA has had its fair share of accomplishments and setbacks. More notably the recent past has seen brand NSSA being associated with corruption, incompetence and other vices, thus inflicting a lot of damage to the organisation’s corporate identity.

“The past year or so has seen us investing a lot towards the rehabilitation of brand NSSA, starting internally through interventions that are designed to create an emotional attachment between the organisation and its number one resource, the people who drive our business strategy,” said the acting general manager.

He said as a result of the interventions taken, NSSA was now enjoying improved internal and external relations.

“This positive trajectory convinced us that the time was ripe to excite the market by introducing a new NSSA corporate identity, one that reflects our ambition and communicates the direction in which we are going. We want to reinvigorate NSSA, to reconnect with our stakeholders and to create a sense of pride about NSSA.”

Mr Manase said the new NSSA was refocusing its business strategy moving to new areas in its quest to create value for contributors and beneficiaries.

“We have realised that the monetary pension can never be sufficient, so we need to back it up by empowering our pensioners through economic activities that generate sustainable income for them. As part of this we will be embarking on a goat farming project in the Midlands, which will act as a seed to a programme that will be decentralised countrywide. This programme will not just provide meat for communities but is meant to provide a clear feeding line to NSSA, which will then export goat meat to the Dubai market. This in turn will generate forex for the farmers and the country.”

“One of the key objectives is to invest in companies and projects that generate substantial social and economic impact on commercial basis.

To ensure the success of this new thrust, NSSA is establishing a unit within its investments division that will focus on agriculture.

“The agriculture sector is a highly profitable and lucrative multi-billion-dollar industry with potential to contribute towards income, growth and impact pillars of NSSA’s investment philosophy.

“One of the key objectives of NSSA is to invest in companies and projects that generate substantial social and economic impact on a commercial basis. Agriculture is one such critical cog to the economic emancipation of Zimbabwe.

“Investing in agriculture will contribute towards the improved supply and stabilisation of prices for basic commodities that form a significant portion of food basket for average Zimbabwean thereby contributing towards the welfare of contributors and pensioner.

“This will generate substantial social impact on the standard of living for the general populace, including NSSA’s contributors and pensioners,” said Mr Manase.