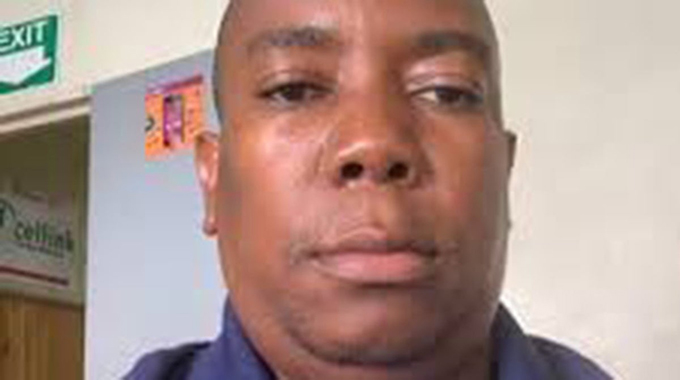 Mukudzei Chingwere Herald Reporter
The Zimbabwe Nurses Association (ZINA) has told its members employed by the Government to end their industrial action and immediately start reporting for work.

ZINA yesterday also endorsed plans announced this week, to restructure the Ministry of Health and Child Care, saying it wanted to give the Government a chance to address their concerns.

ZINA secretary-general Mr Enock Dongo told The Herald that they had communicated with their members to start reporting for duty if they could raise money for transport.

This position paves the way for the end of the industrial action which began on June 18.

“We have told our members to start reporting for duty if they are able to subsidise the Government by raising bus fare. Most of our members do not have the capacity to report for work, but we have said we are now going back to work.

“We welcome what the Vice President and Minister of Health and Child Care said that he is willing to improve the conditions of service and remuneration for health workers so we are giving them a chance to do that while we are going to work,” said Mr Dongo.

He said the restructuring of the ministry was long overdue, but implored the Government to consult widely.

“We advocated the restructuring of the ministry long back and this will enable our health system to meet international standards.

“We have the expertise to do all the clinical services but the structure which the Ministry was operating under was wrong. It demotivated staff and there were no efficient services,” said Mr Dongo.

“This restructuring must now be done in consultation with the stakeholders that matter so we are urging the Vice President to consult us as associations and not consult the same people who created the condemned structure.”

Junior doctors also reaffirmed yesterday that they were not on industrial action and were supporting the newly streamlined operations of the Ministry.

The structure has a new sustainable funding model, far greater effectiveness and a new work ethic for staff.

Some employees in the health sector had been on industrial action for several months holding out for United States dollar payments. However, the structure outlined by VP Chiwenga this week has persuaded them to go back to work.

“Zimbabwe has well trained, qualified health professionals across the board. The only problem is that we have been losing most of our trained personnel to other countries. Our institutions only need to be capacitated with modern equipment and drugs.

“We have that capacity for this restructuring and our call is, let’s do it. There are doctors who have been on strike but we have said before that it is not the right thing to abandon patients. We have always said the best situation is to negotiate without endangering patients,” said Dr Chirowa.

Dr Masosota said their members had not downed tools and were in full support of the Government’s restructuring exercise.

“For most of the referrals that were being done outside the country, we actually have the capacity to do that. We have the specialists who can do it.

“Our doctors and staff here are willing to work and we need a structure that allows for this work to be done so I can say this announced restructuring is a very welcome development and we need it to be implemented,” said Dr Masosota.