The country’s health workers, who on Tuesday gave notice to embark on strike over docking of flexible working hours, have shelved the industrial action after government agreed to their demands. 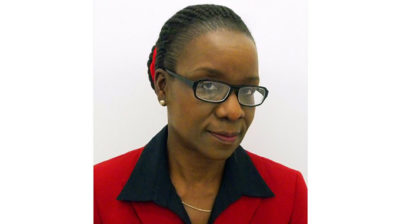 Health Apex Council team leader Enock Dongo, who is also the Zimbabwe Nurses Association president, yesterday said the nurses had temporarily shelved the strike after government informed them of its climbdown on the issue of flexi hours in a letter signed by Agnes Mahomva, former permanent secretary in the Health ministry.

Mahomva was on Tuesday shuffled by President Emmerson Mnangagwa and is now the chief co-ordinator for COVID-19 in the Office of the President and Cabinet.

“We have for now shelved the strike because nurses will get off-days of two weeks continuously after working for five days,” Dongo said.

“That almost translates to our formula of two days a week. So, we have shelved the strike because fewer nurses will attend work at a time and avoid crowding. This also means they will use the few personal protective equipment (PPE) available,” he said.

“To us, government has bowed down to their earlier directive to cancel flexi hours. We have understood that because we are in a crisis, we had to reciprocate as well.”

However, Dongo said nurses would keep pushing for salaries equivalent to US$1 000.

“If they don’t give us that money, this time, we are going on strike specifically for that demand. So the government must not think the issue is over. We still need the money,” he said.

The health workers had notified government on their decision to strike in a letter to Mahomva dated May 11.

The workers also wanted provision of PPE to use in COVID-19 hospitals, apart from seeking government to reverse its order cancelling flexi hours.