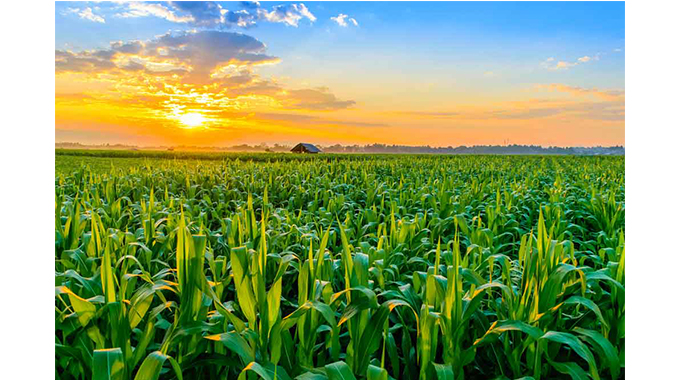 Michael Magoronga, Midlands Correspondent
THE Government, in partnership with its development partners and non-governmental organisations, rolled out a programme in 2018 to establish nutrition gardens across the country in a bid to curb growing cases of malnutrition and boost food security.

First Lady Amai Auxilia Mnangagwa is at the forefront of the Livelihoods and Food Security Programme (LFSP) which emphasises on production of small grains, small stock production, goat rearing, Boer goats, solar driers among other projects. 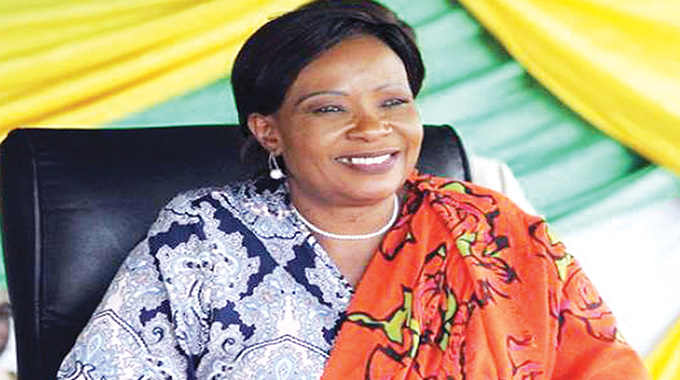 Government, engaged some of the organisations which include, We Effect, CTDE, Heifer international Zimbabwe, Extra, who overwhelming partnered in rolling out the projects. The project has since become a success across the country with many such projects flourishing and helping eradicating malnutrition and maintaining a balanced diet.

In Midlands, the production was also introduced after the province recorded a three percent acute malnutrition for children under the age of five. Farmers in the province have also taken up the projects and in most cases have become successful.

One such project is located deep down in Champeni area in Zhombe where Ntutuko Nutrition Garden has become a success story. So successful is the project that it has transformed lives, not only for the farmers, but also for the community at large and even livestock as well.

The one-hectare piece of land is flourishing with crops ranging from tomatoes, maize, beans and carrots.

The project began with 18 members but has since gone down to 15 members after some dropped out.

Of the 15, eight are females and the rest are male striking a strong sense of gender balance. Ntutuko Nutrition Garden chairperson, Mr Pilot Sibanda narrated how the project has managed to improve members’ lives.

“We started in 2013 as dry land farming and we contributed small joining fees that we used to buy our inputs including fertilizers and seed.

By then we were 18 but some fell by the wayside and we are now 15,” said Mr Sibanda.

He said in 2015, an extension officer attached to the project, encouraged the group to take up nutrition gardens and the group members were taken for training sessions in nutrition and how to maintain the nutrition gardens. As a result, the group now consists of nutrition facilitators, master farmers and lead farmers, providing a good concoction of expertise for the project.

With the assistance of the extension officer, they managed to drill a borehole to supplement water.

“The problem we had was water as we shared the borehole with the community and livestock as well. We then approached Zimbabwe National Authority (ZINWA) for their assistance,” said Mr Sibanda.

The water authority, as expected, helped resuscitate a water pump that had been lying idle for close a decade and the water problem was solved. Using their profit, the group managed to purchase water (jojo) tanks for storage of water, but still power problems became a stumbling block as they had to constantly purchase fuel for the generator.

“Government in partnership with Shamar Water Engineering then came to our rescue and installed the solar system to our borehole. We are very grateful to the Government as all this was done in May during the height of the lockdown, but Government realised how important this project was and facilitated that our solar panels were transported despite travel restrictions,” he said.

The solar powered water source, has not only come to the rescue of the group but also the community at large and livestock.
After the solving of the water challenges, the group has now shifted to production.

“Our main target is to produce bio-fortified crops like vegetables, beans and others. But we have since diversified. Currently we recently harvested tomatoes and we have planted orange maize using the Intwasa Concept. Some of it is now reaching maturity stage and very soon we will be planting beans after we harvest our maize,” said Mr Sibanda.

The group did not dump their demo-plots projects as it is still going on together with the nutrition garden and goat projects.

Using their profits realized from the three projects, the group managed to carry out different projects at the households.

Tuition fees for their children is no longer a challenge for the group members which now targets to go commercial.

Across the road, at Mabhidli, villagers there are also in cloud nine after Government facilitated the installation of a spray rake.
According to the chairman of the modernised solar powered dip tank, Mr Cleopas Mpofu more than 1 000 cattle from 110 households are benefiting from the project.

“Before the spray rack was installed, we used to travel 40 kilometres to and from to access dip tank services. This left our cattle vulnerable to tick borne diseases and they were indeed perishing,” said Mr Mpofu.

Some farmers, were forced to sell their cattle for little before they died.
Kwekwe District Crop and livestock officer, Ms Virginia Samakomva said the district had responded positively to the projects and said she had also witnessed lives being transformed.

“We will continue supporting the community whenever we can, we are also grateful to our development partners who come on board to assist us when we knock on their doors,” said Ms Samakomva.