Off the rails: A timeline on how DIDG’s NRZ dream burst

Source: Off the rails: A timeline on how DIDG’s NRZ dream burst | Newsday (National) 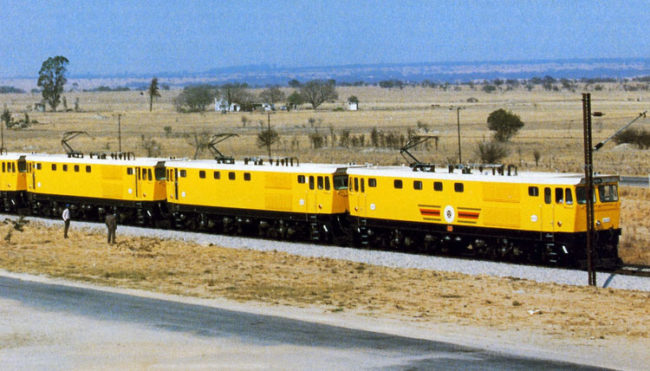 Government last week said it had cancelled the US$400 million deal contract with the Diaspora Infrastructure Development Group (DIDG)/Transnet to recapitalise the National Railways of Zimbabwe (NRZ). NewsDay Business traces the timeline of events.

October 16, 2017: DIDG is awarded the tender to operate the NRZ as a concession and recapitalise it to the tune of US$400 million over 25 years.

Feonirich Investments LLC of Dubai attempts to submit its bid despite failing to satisfy the bidding process.

Late 2018: DIDG engages Afreximbank to co-fund, arrange and syndicate the US$400 million as the Mandated Lead Arranger (MLA) for the DIDG’s proposed NRZ recapitalisation project.

March 2019: Zimbabwe and South Africa commit to clear obstacles stalling implementation of the NRZ project during the Binational Commission presided over by Presidents Mnangagwa and Cyril Ramaphosa.

August 6, 2019: Afreximbank and DIDG sign an MLA agreement and conclude an indicative term sheet, whereby Afreximbank would fund up to US$100m from its own facilities and syndicate from international and regional financial institutions the balance of the US$400 million.

August 30, 2019: DIDG, accompanied by Afreximbank regional director, Humphrey Nwugo and technical team provide their detailed submission which demonstrate that they have the capacity to fund and roll out the NRZ recapitalisation project.

September 2019: The NRZ board resolves to approve the DIDG funding and implementation proposal backed by Afreximbank and referred the transaction to Zimbabwe’s Ministry of Finance for approval to sign the JV agreement

September 2019: The DIDG funding and implementation proposal is presented to Treasury for approval.

October 3: Mnangagwa announces that funding for the NRZ recapitalisation deal had been secured by DIDG, paving way for implementation to commence during his State of the Nation (Sona).
October 16: In a dramatic turn-around, Cabinet terminates the DIDG bid and retenders the project.

The post Off the rails: A timeline on how DIDG’s NRZ dream burst appeared first on NewsDay Zimbabwe.