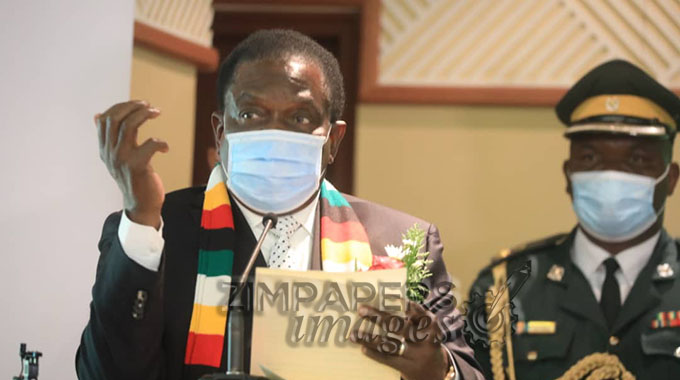 The recent find of oil and gas in Muzarabani presents an array of opportunities for investment and the production of downstream linkages such as electricity generation, President Mnangagwa said.

Officially opening the Chamber of Mines Annual General Meeting and Conference in Victoria Falls yesterday, the President said the signing of a Petroleum Exploration and Development Production with GeoAssociates Pvt Ltd signals a new chapter in the country’s mining industry.

“Earlier this year, my Government signed a Petroleum Exploration and Development Production Agreement with GeoAssociates (Pvt) Ltd to carry out exploration and production of oil and gas in Muzarabani, Mashonaland Central Province.

“The signing of that agreement is a massive leap towards tapping into the oil and gas industry, which is a new frontier in the country’s mining history.

“This presents huge, unique and competitive investment opportunities. These include production of liquid fuels as well as various downstream linkages such as electricity generation, production of liquid petroleum gas (LPG), fertilisers and use in the petro-chemical industry,” he said

The PEDPA provides the framework for accelerated development of the Muzarabani oil and gas initiative while also detailing roles and obligations of each party throughout the project lifecycle.

Geo-Associates owns the controlling stake in Invictus Energy, the Australia Stock Exchange-listed company that has made significant progress in exploring for oil and gas in Muzarabani.

The company says it will sink between US$15 million and US$30 million towards drilling of two oil and gas test wells in Muzarabani by October.