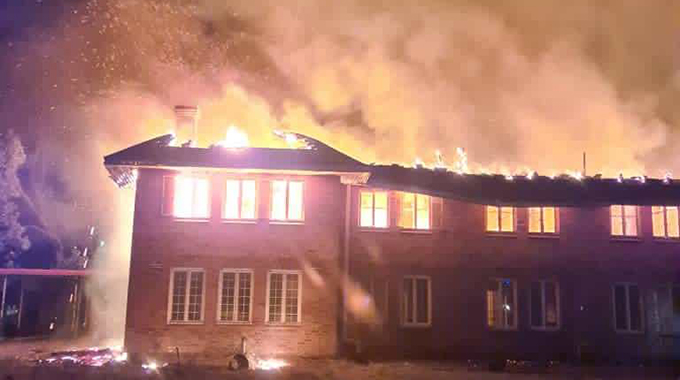 LEADING retailer OK Zimbabwe has donated grocery vouchers worth $50 000 to each of the over 30 Mpilo Central Hospital doctors whose property was destroyed when their block of flats recently went up in smoke.

The fire, believed to have been caused by an electrical fault, destroyed property worth over $500 000.

OK Zimbabwe announced the donation in a notice yesterday, and urged other well-wishers to follow suit.

“Let us join hands to support the Mpilo Hospital staff whose accommodation was burnt down.

“OK Zimbabwe Limited has given all affected Mpilo Hospital staff members grocery vouchers worth $50 000 each. We commit to double all donations made by our customers through our stores,” the notice read.

Bulawayo Metropolitan Affairs minister Judith Ncube recently said: “We need to join hands with the southern region since the problem does not affect Bulawayo alone, but the entire region which includes Matabeleland South, North and Masvingo.”

“This is a serious problem for the region. If you look at the damage, you wonder how they (doctors) survived that fire,” Ncube said.

She said government had secured alternative accommodation for them at the Bulawayo Polytechnic, St Patricks Hotel, and at Ekusileni Centre.

Government has also pledged to rehabilitate the affected block of flats.