Once solid Zimbabwe economy is in free fall

The once formidable economy has been lurching from one crisis to another.

Source: Once solid Zimbabwe economy is in free fall – The East African 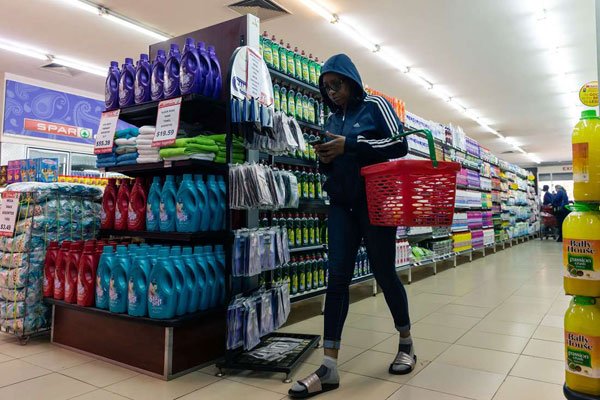 A customer strolls past fruit and vegetable shelves while shopping in a groceries store in Zimbabwe’s capital Harare on July 15, 2019. PHOTO | AFP

The once formidable economy has been lurching from one crisis to another since the turn of the Millennium when the government started repossessing fertile land from the white minority for redistribution to landless blacks.

A severe drought during the 2018/19 farming season, described as the worst dry spell in a century, saw the economy contract by nearly seven per cent and the country’s sole source of hydropower—Kariba Dam—virtually dry up.

Halfway through this 2019/20 season, the country received very little rainfall, signalling another drought.

Listed companies such as Delta Corporation and Econet Wireless Zimbabwe in their results for the year ending December, said their viability was threatened by the widespread power cuts and foreign currency shortages.

Delta, Zimbabwe’s largest drinks maker, reported a 48 per cent drop in half-year beer sales compared with the same period in 2018, after output and distribution were constrained by shortages of fuel and electricity.