One ambulance for a million people in Harare

Source: One ambulance for a million people in Harare | Sunday Mail (Top Stories) 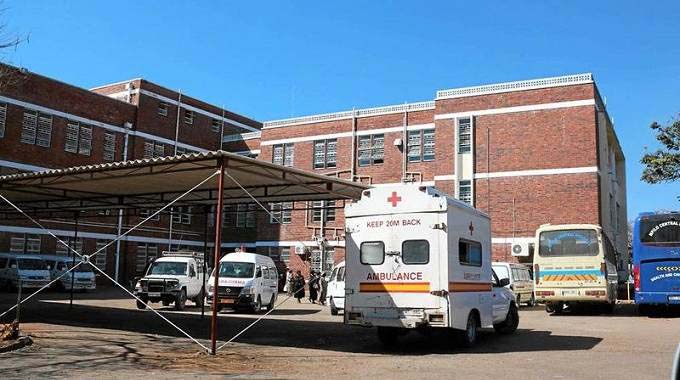 Harare — a city of over two million residents — is currently running on two functional ambulances in the middle of a coronavirus pandemic, it has been learnt.

This translates to one usable ambulance for every million people for a city that aspires to be world-class within the next four years.

Acting City of Harare Town Clerk, Engineer Mabhena Moyo, made the revelation at a recent interface between the local authority and the Ministry of Local Government and Public Works.

“The city is operating with only two ambulances out of the desired 32 to service Greater Harare,” Engineer Moyo said.

In 2000, Harare boasted of a functional fleet of 48 vehicles against a population of about 1,5 million residents.

Although the population has since grown to between two million and three million residents, the number of functional ambulances has dwindled to two.

Acting Mayor Councillor Stuart Mutizwa said the fleet has not been replenishing in recent years.

“It got to that situation because of two things: firstly, the fleet is too old, leaving only two serviceable ones, and there has not been any procurement of new ambulances.”

He said the city needs 25 ambulances to service Harare.

It would mean each ambulance would serve 80 000 people, which still falls short of the globally acceptable ambulance-to-population ratio of one ambulance for every 30 000 people.

There are, however, plans to rebuild the fleet.

“We budgeted for 10 ambulances this year, so we are mobilising the finances. We are raising funds from our internal source and we are also seeking to take a loan for that purpose,” Cllr Mutizwa added.

Asked on whether or not the city has engaged the private sector for assistance in solving the present predicament, Cllr Mutizwa said: “We have sent out our clarion call for assistance but I think there is donor fatigue.”

Former Harare Mayor Mr Ben Manyenyeni believes the situation with ambulances is just but a symptom of the many challenges facing the capital.

“Rescuing the city is not difficult — let the city be run like other capital cities for the right outcomes.

If we don’t fix big things we can be embarrassed by little things. Simple! These symptoms, like having two ambulances only, are much smaller issues than the underlying conditions,” said Mr Manyenyeni.

To avoid future recurrences, he said, there should be focus on quality of elected and appointed leaders, compliant residents, multi-generational infrastructure, resource management and municipal goodwill and branding.

Harare residents hope the city cleans up its act.

In an interview with The Sunday Mail, Harare Residents Trust director Mr Precious Shumba said the extent to which the ambulance fleet is depleted is concerning.

“Health services are essential. It is impossible to deliver effective and efficient health services without the service of functional ambulances. Expecting mothers and other emergency cases require the services of an ambulance from time to time.

Two ambulances are clearly inadequate to provide a world-class city with decent health services. We urge the council and Central Government to seriously consider improving health services in local authorities,” he said.

“The City of Harare is committing 85 percent or more of their monthly revenues to pay salaries and benefits of councillors and workers.”

Harare has an uphill task to match regional peers on ambulance service provision.

The City of Tshwane in South Africa, whose population of 2,9 million almost matches that of Harare, has a fleet of about 66 ambulances.

The vehicle shortage in the City of Harare emergency services department has driven residents to private ambulance players, whose charges are often beyond the reach of many.