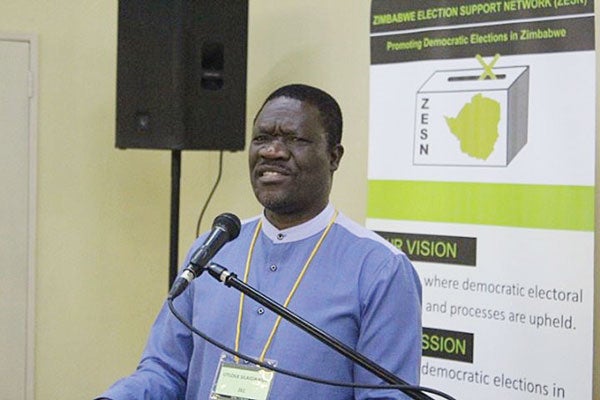 THE Zimbabwe Electoral Commission (Zec) seems determined to ignore recommendations made by observer missions to level the political playing field and run free and fair elections, a top opposition official has said

MDC secretary for elections Jacob Mafume said the opposition party’s experiences in the recently held Bikita and Nyanga by-elections showed that Zec is unwilling to reform.

Zanu PF won the Nyanga Rural District Council poll through its candidate Bisset Mapeta, with 397 votes against Vincent Bopoto of MDC Alliance, who got 236. There were only two parties that contested.

“Zec has not implemented any of the reforms that were put down by observer missions and stakeholders after last year’s elections. They still allow vote-buying, where food is distributed within the area of elections on voting day. There is a letter from Health minister (Obadiah Moyo) directing that medicines be distributed in an area where there is a pending election in order to favour Zanu PF. Zec is, however, silent in all this,” he said.

Mafume also said Zec continues to employ personnel with military links at a time when the body was urged to demilitarise its structures.

“They (Zec) are determined to run elections in a way that favours Zanu PF. The State media is also still a closed space for us. We are going to use the courts and pile political pressure to correct these anomalies,” the MDC official said.