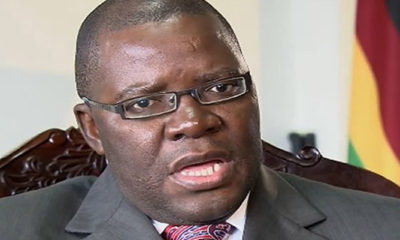 OPPOSITION Members of Parliaments on Tuesday poked holes into the Cyber Security and Data Protection Bill, saying that it takes away some freedoms enshrined in the national Constitution.

The Bill was brought before the National Assembly by Information Communication Technology minister Jenfan Muswere, and it is in the Second Reading Stage.

Harare East MP Tendai Biti said: “There is a challenge with the underlying philosophy of this Bill, which takes away, subtracts, detracts, de-legitimises certain human rights.”

He also said the structure of the Bill needs to change as it brings tension by mixing issues that ought to be addressed separately in different laws.

“This Bill tries to deal with four issues. These issues do not mix together, there is a tension. The Bill has to be unbundled so that the different issues that the Bill seeks to address are dealt with separately,” said Biti, who is also a lawyer.

He said some of the issues in the Cyber Security and Data Protection Bill must be removed and placed in an omnibus Criminal Codification Act, which might deal with internet-based crimes.

Biti added that the five to 10-year sentences prescribed for hate speech was absurd as offenders would end up imprisoned over jests.

Chegutu East MP Webster Shamu said while the Bill was a welcome development, his only problem was that it placed the Cyber Security Centre under the Postal and Telecommunications Regulatory Authority of Zimbabwe (Potraz), whereas in other jurisdictions, it is a standalone
centre.

“Cyber security laws are indeed necessary in that threats affect governments, individuals and organisations. Zimbabwe’s war on cybercrime is an aspect that should not be taken lightly. We have to be wary of the technological advantage that can give us track on the sovereignty of this nation,” Shamu said.

“At the same time, we are a third world country that is not very much technologically advanced. Therefore, you then get to a situation of apprehension, and a lot of fears that are created especially in the government, and part of the result is lack of understanding of what really can happen in the cyber space on its own creates fears.

“We cannot have the Minister of State Security (Owen Ncube) coming on the public broadcaster to tell everyone in the country that there is insecurity within the country. That is the background we are facing as we are crafting this law,” Sibanda said.

He said it would be wrong to make Potraz the data protection authority, adding that a separate body must be established to manage cyber security and data protection.

Mbizo MP Settlement Chikwinya said there was need for an independent body to regulate internet services as government-controlled bodies take orders from the Executive.

“Around the 14th January, 2019, in 2019, there was an internet shutdown where the minister responsible for State Security instructed Potraz or internet service providers to switch off the internet because there were threats of demonstrations.

“Now, demonstrations are enshrined in terms of Section 59 of our Constitution, but Potraz went ahead to listen to the minister,” Chikwinya said, adding that an independent body would not necessarily listen to the
Executive.

Newer Post
Which bacteria could have killed hundreds of elephants in Zimbabwe and Botswana?
Older Post
‘Forex supply and demand mismatch threat to stability’