Outcry over rentals, commodities pegged in US dollars 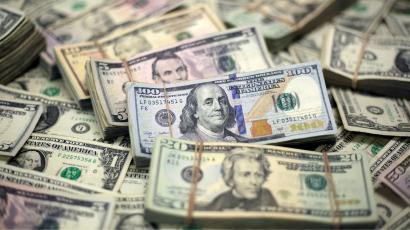 Small and big businesses are openly selling their goods and services in foreign currency, particularly the United States dollar, in direct contravention of the law, which made the Zimbabwe dollar the sole legal tender in local transactions.

There are fears the practice, which is gradually being entrenched, will work against Government’s efforts to de-dollarise.

On June 24, Government, through Statutory Instrument (SI) 142 of 2019, known as Reserve Bank of Zimbabwe (Legal Tender) Regulations, abolished the use of the British pound, United States dollar, South African rand, Botswana pula and any other foreign currencies as legal tender.

It marked the transition from the multi-currency system, which had existed for 10 years, to a mono-currency.

Two additional pieces of legislation enacted in September — SI 212 and SI 213 of 2019, gazetted under the Presidential Powers (Temporary Measures) (Amendment of Exchange Control Act) Regulations, 2019 — further imposed civil as well as criminal penalties on companies and individuals who either sell or quote their goods or services in foreign currency.

A survey conducted by The Sunday Mail indicates that retailers, including listed companies, right in the heart of the central business district continue to sell fast-moving consumer goods (FMCGs) and household items in foreign currency.

However, operators in the hospitality sector claim SI 191 of 2019 empowers them to charge “tourists” in foreign currency.

But the provision, which is presently being extended to local customers as well, does not expressly give tourism-designated businesses this right.

It only specifies that the “the operator shall remit levy in the same currency as received from the tourist or user”.

There is also confusion in distinguishing between local and international tourists.

The Sunday Mail managed to buy a meal along First Street for US$2 from outlet belonging to one of the country’s biggest fast-food retailers without any hassles, and was issued with a receipt confirming the US dollar transaction.

“Ideally, as is in other countries, tourists are required to change their money and settle local transactions in local currency, but, currently, it is very difficult to access funds on the interbank market, hence this provision,” he said.

“Fast-foods outlets are designated tourism businesses hence they qualify to charge in forex; however, the problem is that sometimes there is no way for them to determine who is a tourist and who is not. My only concern is whether they go on to bank the money.”

Consumers are now beginning to raise the red flag on the practice, which has become pervasive.

Director of Legal Services in the Ministry of Industry and Commerce Mr Never Katiyo said they were being inundated with complaints against property owners who are charging rentals in foreign currency.

“The issue of property owners charging their tenants in foreign currency is a serious issue that needs to be looked into,” he said.

“We have received so many complaints in almost every province.

Property owners who continue with the practice, he added, will be handed over to the police.

Some businesses have even established bureaux de change dealerships on-site for convenience of accessing the greenback.

The Monetary Policy Committee (MPC) — a key advisory organ of the Reserve Bank of Zimbabwe (RBZ), which was constituted recently — said inflation was partly being stoked by “inflation expectations”, which describes the tendency to peg prices markedly higher in order to enable businesses to replenish their stock.

“There is a joint operation between RBZ and the police, which is actually going on at the moment to rein in those culprits,” he said.

“It involves all stakeholders and is being led by the RBZ and our teams are already on the ground.

“As police, we encourage members of the public to report such issues so that we can deal with them.”

But he could not comment on whether any businesses had been arrested as yet.

Finance and Economic Development Minister Professor Mthuli Ncube told a post-2020 Budget breakfast meeting in the capital on Friday that it was increasingly difficult for an economy to de-dollarise.

The solution, he said, lay in ensuring the stability of the exchange rate.

A Reuters trading system, which incorporates live market data, trading and automated matching of trades between counter-parties, placement and execution of orders, will be introduced soon to make the foreign currency interbank market efficient.