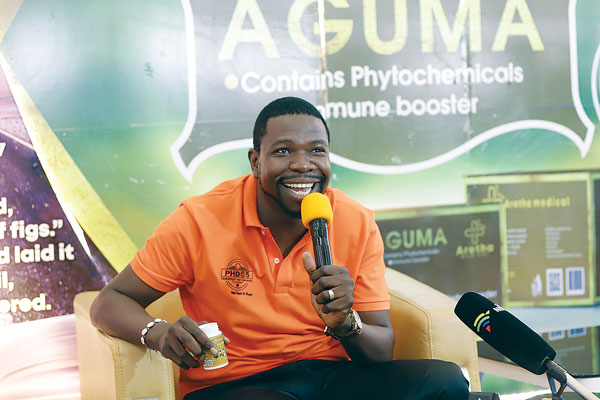 DOCTORS and HIV and Aids activists have warned that Prophetic Healing and Deliverance (PHD) Ministries leader Walter Magaya risks rolling back progress that has been made in the fight against the scourge through anti-retroviral treatment by claiming that he has found a cure for the pandemic.

The church leader, who commands a huge following and is not new to controversy, stunned the nation on Sunday when he told his congregants during a church service that he would soon release a cure for HIV, which he said he developed from an Aguma herb with the help of his Indian partners.

The revelations, however, have torched a storm as, by his own admission, the “cure” was still to undergo clinical trials by regulatory authorities.

Aids activists and health authorities said the youthful preacher had no medical right to claim that he had found a cure for the disease as that required clinical trials before going public.

Secretary for Health and Child Care Gerald Gwinji yesterday told NewsDay that such discoveries have to undergo the requisite regulatory processes.

“While the ministry values and looks forward to new discoveries in all areas of disease, including therapeutics, thereof, we are forced, for safety, quality and ethical reasons to demand that such prospective discoveries or developments are subjected to well designed and appropriately regulated processes before a product is put out for use on humans,” he said.

“Neither the medicines register nor the register of clinical trials kept by the ministry has a record of the cited medicine. Herbal medicines now require approval by the Medicines Control Authority of Zimbabwe (MCAZ), and the produce has not yet been submitted for review and assessment.

“The relevant authorities are urgently looking into the matter and the ministry will soon advise the nation on the said claims.”

National Aids Council (NAC) spokesperson Tadiwa Pfupa yesterday said the council was not aware of any clinical trials that have been conducted to buttress Magaya’s assertions.

“NAC is not aware of any such clinical trials locally or globally that have been conducted showing efficacy in the management of HIV. Those that claim to have discovered a cure must provide sufficient scientific evidence and regulatory approvals before going public with their claims,” she said.

“Zimbabwe currently has an estimated 1,2 million people receiving life-saving ART (anti-retroviral therapy) and it is important that we do not unnecessarily endanger their lives by claims of a cure that is unsubstantiated.”

Zimbabwe Association of Doctors for Human Rights (ZADHR) said, while Magaya had his right and liberty to freedom of worship and entitled to his beliefs, claims to cure Aids must only be made in the presence of irrefutable scientific evidence that is obtained through proper and ethical research methodologies.

“Such unverified claims have the potential to increase the number of anti-retroviral therapy defaulters, increased risky behaviour practices and exposure to potentially harmful side effects of the herbs,” the association said in a statement.

“ZADHR calls upon Prophet Magaya to publicly reverse his claims that he had a cure for HIV and Aids, as there is no empirical research that proves his claims… the minister of Health Obadiah Moyo to publicly censure Magaya and also institute an investigation into the safety of the herbs he is claiming to have.”

Magaya said he had submitted his herb to medical tests and was ready to work with government.

People living with HIV also joined in the attack, saying Magaya had no clinical authority to make such “bold claims”, as this exposed many antiretroviral drugs takers.

Pan African Positive Women Coalition co-ordinator Tendai Westerhof said she was very concerned with such claims from Magaya and other healers before any clinical or laboratory tests were conducted and approval given by the MCAZ.

“We are concerned with such claims from many spiritual healers and prophets who claim they can cure Aids, and this misinformation has seen many people living with the disease default their treatment. We do not want to give a false hope and make them believe they can be cured with a drug which has not been proven or tested,” Westerhof said.

“Prophet Magaya is a highly influential person in society, who has many followers and his utterances have a danger of derailing gains made in the fight against HIV and Aids in the last three decades. Therefore, we hold public figures responsible for the utterances which might lead to loss of life as they create a false sense that they have found a cure for HIV.”

Zimbabwe People Living with HIV/Aids board member Evelyn Chamisa said: “As representatives of people living with HIV, we are lobbying the government to enact a legislation to protect our people from such shenanigans,” she said.

The Retail Pharmacists Association weighed in, urging patients to continue taking their medication.

They said medicines derived from plants should be subjected to independent verification under the guidance of MCAZ and the Medical Research Council, which they said has not been done in this case. “In as much as some plants have shown medicinal properties, it is imperative that any claims to their effectiveness be made after an acceptable independent verification has been done. In Zimbabwe, we have competent authorities in the form of the MCAZ and Medical Research Council of Zimbabwe, who handle such. It is, therefore, worrisome should a claim be made before the said bodies have registered the medicine or complimentary medicine,” the statement read in part.

Zimbabwe Aids Network and its partners, the Zimbabwe National Network of People Living with HIV (ZNNP+) as well as Zimbabwe Young Positives, however, appealed for patience so that the relevant authorities could ascertain the validity of Magaya’s claims.

“We naturally welcome all efforts to identify a cure to HIV, as this will bring relief to the over 1,4 million people living with HIV (PLHIV) in Zimbabwe; particularly PLHIV who have been on treatment for a prolonged period of time. We urge PLHIV to exercise patience as we engage PHD Ministries, Health ministry and other researchers to verify and authenticate the claims made. We urge PLHIV to continue to take their antiretroviral treatment as prescribed to prevent an upsurge in their viral load and potential treatment resistance,” they said.