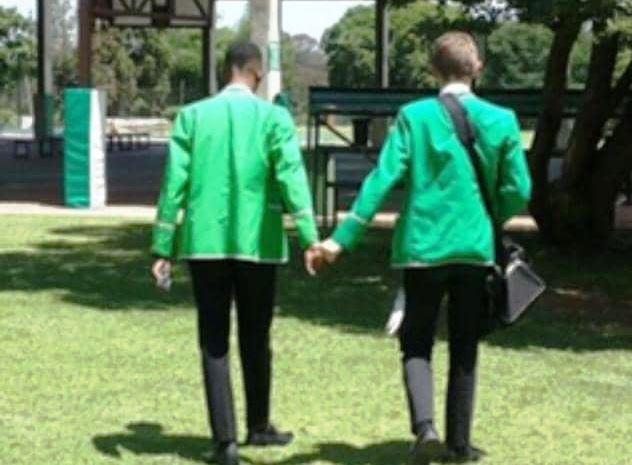 Neal Hovelmeier, the second in charge at the private school located in the affluent Borrowdale suburb, openly announced his sexual orientation last week to cheering students in a packed school hall.

In his announcement, he said the learners had inspired him to come out of the shadows and openly declare his sexual orientation.

He further released a press statement confirming that he is indeed proudly gay.

The ministry of Primary and Secondary Education has described Hovelmeier’s revelations as “bizarre”, saying it is waiting for a formal communication from the school to determine the way forward.

“It’s a first of its kind. We have not received formal communication from the school as yet, we only have information coming from the social media,” said the permanent secretary in the ministry, Sylvia Utete-Masango.

The Zimbabwe Teachers’ Association (Zimta) said this is a rare case, a subject that local unions in the education sector have never tackled.

“It’s interesting, it rarely happens; this is the first case of this type, though of course there may have been silent incidences. It’s a subject we have not deliberated on; I want to confess about that. What drives us is the national Constitution, the values contained in it and the societal values,” said Zimta president, Richard Gundani.

“We don’t know what has led the particular teacher to do what he has done. At this moment it is best to protect the individual and try to understand what is happening.

“We also need to assess the community in which he is serving, because as a teacher or head one needs to be a role model to the students, conducting oneself in the best manner that suits the environment.”

Gundani, however, said the community should not be quick to judge.

“People must not judge, we need to understand why this is happening, prior to coming up with an intervention that suits both the community and the individual,” he said.