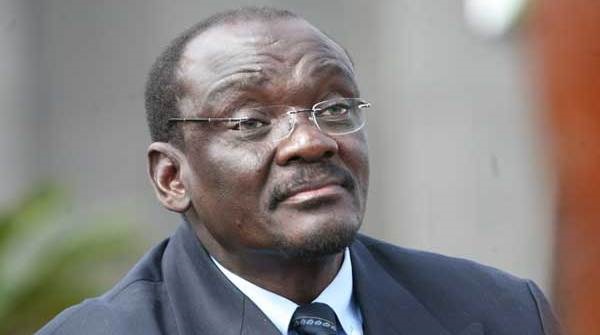 HARARE – Vice President Kembo Mohadi’s trip to South Africa where he is seeking treatment for an undisclosed ailment sparked outrage yesterday, coming at a time government has aggravated the dire situation in the health sector by dismissing nurses who downed their tools on April 16 over poor working conditions.

Mohadi quietly slipped to neighbouring South Africa recently to get medical attention, leaving behind a swirling storm torched by the military-style dismissal of 15 000 nurses in public hospitals who are on an all-out strike over indigent working conditions and remuneration.

The 68-year-old was conspicuous by his absence at Independence Day celebrations held mid-week. He also missed a hearing convened by the Mines and Energy portfolio committee on Thursday where he was scheduled to give oral evidence into the controversy surrounding the missing diamond revenue estimated at a staggering $15 billion.

As the dilapidated health delivery system — which is a product of government’s awful polices — continues to implode, high-ranking officials are turning their backs on it as they are now seeking treatment in foreign lands.

Mohadi joins a coterie of other senior government officials, including opposition figures, who have lost confidence in the local health facilities.

On top of the list is former president Robert Mugabe, who has become a familiar face in Singapore, where he frequents for his routine medical check-ups at the expense of the struggling taxpayer.

In August 2017, President Emmerson Mnangagwa had to be flown to South Africa after he suddenly fell ill to suspected poisoning while attending one of Mugabe’s divisive rallies, which contributed to his ouster last November. Analysts canvassed by the Daily News now fear that what had been heralded as the “new dispensation” could just be old wine in new wine skins.

Political analyst Maxwell Saungweme railed at what he called the dishonesty of the political elite who fly out for treatment abroad while the generality of the population grapples with the chaos they have created in the local public health sector.

“This is the same duplicity about our politicians whether ruling or opposition. They don’t invest in strengthening our health systems as they get their health services abroad,” opined Saungweme.

“Mnangagwa’s administration and Mugabe’s are the same. In fact, all politicians are like this in Zimbabwe. (Morgan) Tsvangirai died in South Africa, Mugabe flies far for minor health issues. We are doomed. We have a government that does not care much about our health systems. Chiwenga confirmed that by militarily firing nurses demanding their dues,” he added.

Only a fortnight ago, it took more than a month for government to hammer out a deal to end a crippling industrial action by doctors in public hospitals, with many patients succumbing to various ailments due to neglect.

Mnangagwa’s administration now appears deeply divided over another strike by nurses in public hospitals after Vice President Constantino Chiwenga — a retired army general — pulled the trigger by announcing their dismissal for not heeding government’s calls for an end to the job action.

The spokesperson of the People’s Democratic Party, Jacob Mafume, described the penchant by local politicians to seek treatment abroad as criminal negligence.

“It begs the question as to why he (Mohadi) did not consult the retired and patriotic nurses that they are calling for. This government can actually close the hospitals for months without a care. Themselves and their families have never used them,” said Mafume.

“He is in charge of the hospitals yet he goes to South Africa not for complex medical issues but as a matter of routine. It is criminal negligence of the highest order that they can watch people die in local hospitals and pretend to care for the people while they are more comfortable being treated by foreigners in foreign lands”.

Ruth Labode, the chairperson of the Parliamentary Portfolio Committee on Health and Child Care, said seeking treatment on foreign shores was a sad indictment on the current leadership’s failure to plough enough resources into the health sector.

Labode was quick to admit though that due to the incapacitation of the country’s health sector, she was among those seeking treatment in South Africa.

“At the moment, there are certain procedures that are not offered in Zimbabwe. There is need to do more in order to improve our health sector, but at the moment, many are being forced to seek treatment beyond the country’s borders,” she said.

He said the money that the government has allocated towards pacifying the striking workers is either equivalent to or less than what the Zanu PF government has spent on foreign trips since September 2017.

“Why can’t we pay the men and women who guard our national health when we are willing to pay unreservedly for foreign trips? Leadership, let nurses go back to work. In your big deals trips, focus on health systems, primary health, health infrastructure, research and development. And cut down number of family delegates even the ones purportedly self-sponsored,” wrote Kagoro, while taking a dig at Mnangagwa’s government’s foreign trips.

The Zimbabwe Human Rights Commission (ZHRC) had earlier warned about government’s inability to solve the country’s health woes, saying its commitment was hamstrung by their continued seeking of treatment in foreign countries.

An independent commission appointed by government, ZHRC noted with concern that due to the inadequate and poor facilities in most public health institutions, the leaders within government generally shun the services that are a product of their policies and decisions.

“Instead, they seek treatment in private health facilities and even travel beyond Zimbabwean borders for health services. This practice, in our view, displays a clear lack of confidence in the public health delivery system by our leaders and compromises commitment and resoluteness in ensuring the recovery of the system. Further, it relegates such services to the poor who have to contend with the deteriorating health standards, which fly in the face of the rights-based approach to development,” said the ZHRC.

The United Nations Sustainable Development Goals, to which government has committed, include targets to achieve good health and well-being for all.

ZHRC said this cannot be achieved if the current challenges bedevilling the health sector are not addressed with the urgency and seriousness that they deserve.