Over 4 000 hectares put under winter wheat 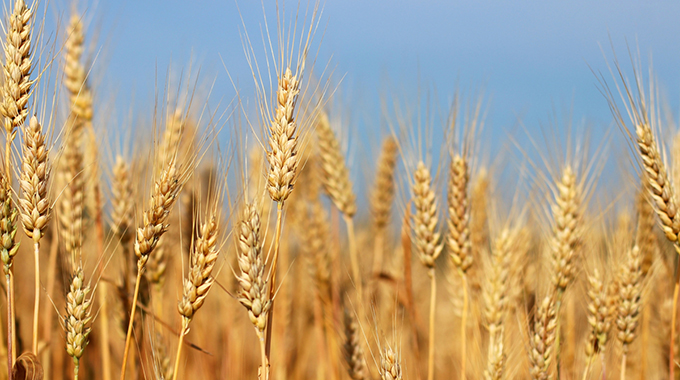 More than 4 000 hectares have so far been put under winter wheat, as farmers are urged to intensify planting to beat the May 31 planting deadline.

Planting wheat after the deadline is not recommended as yields will be compromised and the late crop affected by early rains.

According to the latest wheat update from Agritex, 4 132 hectares have been planted under Command Agriculture (CBZ Agro Yield), while inputs distribution has intensified.

“A total of 62 997Ha (1 637 farmers) is awaiting completion of the contracting process as farmers’ details are being verified and captured by CBZ while co-ordinates have been captured for 61 358 hectares,” said Agritex.

The department recommended that input distribution be expedited and farmers encouraged to plant before the May 31 deadline.

According to Agritex, The Presidential Input Scheme has registered over 7 500 hectares for wheat and farmers are now awaiting inputs.

“Some farmers who had been registered under the CBZ agro-yield programme were re-assigned to the Presidential scheme since the Command Programme had registered more than 60 000 hectares already,” said the report.

Farmers were urged to complete land preparations as they wait for inputs.

A total of 11 065 hectares have been contracted by private players under wheat while 7 005 hectares under barley.

“We also continue to pin our hopes on the availability of power throughout the wheat and barley production period. Power interruptions will negatively affect efforts on the ground,” he said.

“We have had meetings with government and also stakeholders involved in wheat production to see iron out some challenges.

“Some farmers who planted early have already done top dressing. We are now encouraging farmers to burn out the midnight candles. Where possible farmers should even extend planting into the evening so that we beat the deadline.

“It is our wish that farmers will be able to plant beyond of may so that we get high yields. We are now operating under a tight schedule,” he said.

The Ministry of Lands, Agriculture, Fisheries, Water and Rural Resettlement is also intensifying training of farmers on important agronomic practices to boost yields.

A target of 340 000 tonnes of wheat has been set for the coming winter cropping season, the first time since commercial wheat farming started in the 1960s.

Targeted tonnage is going to meet national requirements and rue out imports.