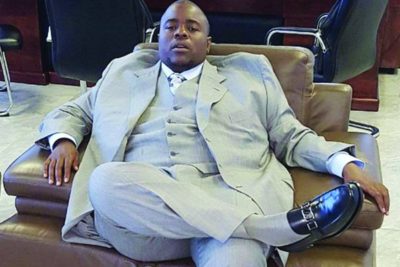 The audit report was tabled before Parliament by Energy deputy minister Magna Mudyiwa before the House took an early break due to the coronavirus scare. The report stated that even though Undenge was implicated, there was no written documentation to prove that.

The forensic audit was done by PricewaterhouseCoopers. The auditors said they noted that there was no due diligence done on the Intratrek Zimbabwe solar deal.

They said ZPC engineer Noah Gwariro claimed Undenge had brought it to ZPC management’s attention that Chivayo had a criminal record before ZPC concluded the contract with Intratrek.

“Gwariro also stated that ZPC management had made a decision that they would not proceed with the contract, but the Ministry of Energy got involved and said they were working with the Office of the President and Cabinet on that issue,” the forensic audit report read.

“Gwariro further stated that Undenge prevailed on ZPC to overlook the previous conviction and proceed with the signing of the contract with Intratrek Zimbabwe inspite of Chivayo’s criminal record.

“Gwariro went on to state that given this directive, ZPC had proceeded to sign the contract with Intratrek Zimbabwe without carrying out due diligence.”

The auditors, according to Gwariro, said the directive had been verbal and done at one of the weekly meetings at the Ministry of Energy and Power Development. The minutes were not recorded.

“We could, therefore, not establish whether the minister indeed imposed undue influence to disregard Chivayo’s criminal background. By failing to make his objections and representations in writing to Undenge, Gwariro failed to comply with the provisions of the Public Finance Management Act section 14(1).”

The auditors said they carried out several other interviews with ZPC staff to find out why due diligence on Intratrek was not carried out. Due diligence was conducted on Chint Electric, the Intratrek Zimbabwe Technical partner which was going to be accountable for 85% of the funds attributable to the project.

The auditors, however, observed that it was wrong to perform due diligence on Chint “but this was the practice at that time.”

The auditors said a review of the minutes of the ZPC board showed that on several occasions the Gwanda Solar Project was discussed, however, there was no evidence that the board had followed up on the due diligence on Intratrek Zimbabwe.

It was concluded that the ZPC board failed to exercise oversight on the Gwanda Solar Project.