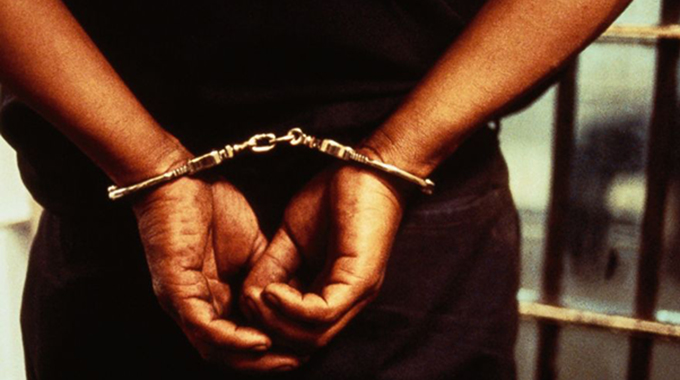 A 39-year-old paedophile who sexually assaulted seven girls aged between five and 12 years asked the Bindura community for forgiveness before he was sentenced to 55 years in jail.

Kwaramasa Kwaramasa who resides in Bindura’s Chiwaridzo high density suburb, will serve an effective 45 years after the court suspended 10 years for five years.

Kwaramasa pleaded guilty to the charges and Bindura magistrate Mr Lungile Ncube sentenced him to 10 years on each of the five counts of rape, and five years on attempted rape, before suspending 10 years.

In passing sentence, Mr Ncube considered that Kwaramasa was not a first offender and was pardoned during this year’s Presidential amnesty.

He told the court that he does not know what caused him to commit the crimes.

Kwaramasa lured all the girls into secluded bushy areas after asking them for directions to various places in Bindura, before raping them.

Prosecutor Mrs Gossy Mutambu said on May 6 at around 9am, a nine-year-old girl was playing by the road side with her eight-year-old friend when Kwaramasa approached them asking for directions to Garati gold panning site.

He offered a dollar for the assistance, and the nine-year-old agreed and walked the man towards the Garati site while her friend returned home.

Upon reaching a grassy area, Kwaramasa ordered the minor to sit down and he sexually assaulted her. He fled the scene and the minor walked back home and revealed the matter to her mother.

On March 5, a seven-year-old minor who was coming from school with her two friends aged three and four, met Kwaramasa who held her hand and asked to be shown the way to Ran Mine.

She instructed her friends to go home and agreed to accompany the man. After approaching a secluded bushy area, Kwaramasa raped the girl and escorted her towards her home after the act.

The matter only came to light on March 15 when the minor started discharging a whitish substance and revealed the sexual assault.

On April 23 at around 2pm, Kwaramasa met a 12-year-old who was coming from school with her friend and started chasing them.

He caught the 12-year-old and carried her to a grassy area where he raped her and fled.

The minor proceeded home and advised her guardian who reported the attack to the police.