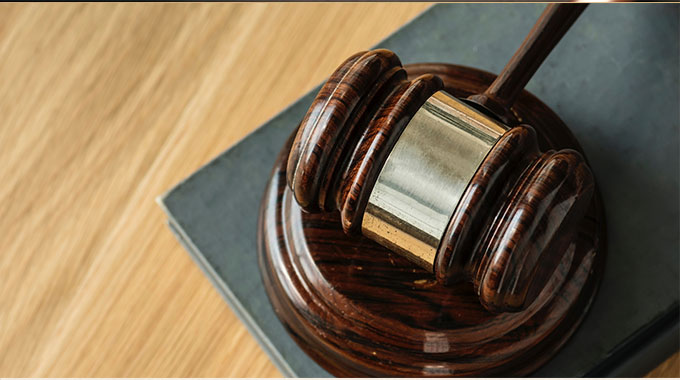 Sukulwenkosi Dube-Matutu, Gwanda Correspondent
TWO men have been arrested while their three accomplices are still at large after they ganged up on a man and beat him to death after accusing him of stealing gold ore.

Mpho Moyo (36) and Qhubekani Ndlovu (40) both from Colleen Bawn and their accomplices allegedly assaulted Morgan Sibanda before they drowned him in a saline pond after tying his hands and legs with a wire.

Moyo and Ndlovu were not asked to plead when they appeared before Gwanda magistrate Miss Lerato Nyathi facing a murder charge last week. They were remanded in custody to 21 August.

“On 23 July at around 9pm, at Sally 22 Mine in Colleen Bawn, Moyo and Ndlovu together with three other people who are still at large confronted Morgan Sibanda. They assaulted him with a hammer mill, fan belts, horse pipe and also punched and kicked him several times.

“They then tied his hands together to the back with a wire and also tied his feet together with a wire. They then drowned him in a saline pond. Upon realising that he had passed out the gang dumped Sibanda’s body in a make shift plastic tent at the mine and they fled the scene. Sibanda’s body was later found by some mine workers who reported the matter to the police resulting in the arrest of the accused persons,” he said.

Investigations revealed that Sibanda had been remanded out of custody for a case of theft of gold ore and was seen by the gang while carrying a sack full of gold ore and they confronted him accusing him of stealing the gold ore which resulted in the attack. In another case a Gwanda man has appeared in court after he allegedly beat up his neighbour to death for reprimanding his child. Lovington Moyo (52) of Insindi Resettlement was not asked to plead when he appeared before the same magistrate Miss Nyathi facing a murder charge. He was remanded in custody to 21 August.

“On 23 July Moyo had a misunderstanding with his neighbour for reprimanding his child. Moyo took a wooden log and struck the now deceased several times on the head resulting in his death. The matter was reported to the police resulting in Moyo’s arrest,” he said. — @DubeMatutu