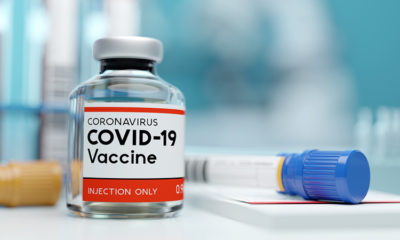 ELEVEN schools across the country were forced to shut down yesterday after a significant number of students tested positive for COVID-19, it has emerged.

This comes as teacher unions claimed that the deadly pandemic was spreading like veldfire in schools since last week, with most of the public learning institutions incapacitated to take critical measures to stop infections.

The teachers are blaming President Emmerson Mnangagwa’s administration for rushing the reopening of schools without addressing concerns relating to the management of the pandemic, adding that it was only a matter of time before schools became drivers of the deadly fourth wave which health experts have warned of.

It emerged that at least three schools in Mberengwa, Midlands province had to suspend operations after being hit by COVID-19 infections.

Similar developments were reported in Manicaland, Mashonaland East, Masvingo and Matabeleland South provinces where teachers accused the government of ignoring their concerns and pushed them into premature reopening of schools.

“We made it categorically clear without any equivocation or ambiguity that 98% of schools were not ready for opening, but ministry officials claimed they were ready. Just two weeks after opening COVID-19 is spreading like veldfire in schools in Zimbabwe,” Progressive Teachers Union of Zimbabwe (PTUZ) president Takavafira Zhou said.

He said the silence of the government was worrying while the situation was getting out of hand.

“We challenge Cabinet ministers to visit Nyamuka Primary (Manicaland), Kriste Mambo (Manicaland), Tongwe High (Mat South), Neshangwe High (Mashonaland East), Masase High (Midlands), Chegato High (Midlands) and many other schools. Schools are running short of testing kits and in some schools after only testing ‘A’ and ‘O’ Level students. More than 75 have been confirmed positive at one school. Worse still not all ‘A’ and ‘O’ Level students have been tested as schools ran out of testing kits. When we give professional advice, ministry officials must listen rather than make decisions from the comfort of their offices,” he said.

“It is prudent to prioritise the health and safety of teachers and pupils rather than throwing all caution to the wind. There is virtually no COVID-19 abatement equipment in schools, let alone running water. The bloated classes and hostels are a cause for concern, yet medalist in verbal marathon lie through their teeth that schools are
ready.”

“Life is more important than lies. Where did the $750 million and another $500 million go to, if students have no COVID-19 abatement equipment in schools? As PTUZ, we called for testing of 140 000 teachers, more than five million pupils and ancillary staff before congregating in schools. But that was ignored.”

“Henceforth, we urge teachers to stop teaching in all schools where COVID-19 cases have been confirmed until further notice. We also urge parents to stop sending their children to such schools until fumigation of the schools and COVID-19 effects are arrested. We also urge government to forthwith provide COVID-19 abatement equipment to all schools in Zimbabwe and stop their homelitic bellicose.”

“They were not open for full learning today as they are battling COVID-19 outbreaks,” Artuz president Obert Masaraure told NewsDay yesterday.

“In some areas there are no test kits to test those learners showing symptoms. Schools remain heavily congested with classes of as big as 70 learners in a small room. The majority of our schools do not have running water. In short schools are failing to adhere to standard operating procedures. Our schools will soon be COVID-19 hotspots,” he said.

Primary and Secondary Education ministry spokesperson Taungana Ndoro, however, said schools were safe for teachers and learners and dismissed claims of soaring cases.

“The call is being made by only one anxious leader among over a dozen teachers’ union leaders who are clear on the need to provide inclusive, relevant, equitable, quality and wholesome education for all Zimbabweans and who applaud our scientific surveillance through our standard guidelines for the co-ordinated prevention and management of the COVID-19 pandemic at all learning institutions,” Ndoro said

“He finds himself in a dilemma because not only has no one died from COVID-19 in our schools since we opened but over 90% of teachers are reporting for duty,” he said.