THERE is panic among nurses at United Bulawayo Hospitals (UBH) after a man died of suspected COVID-19 at the health institution on Saturday morning. 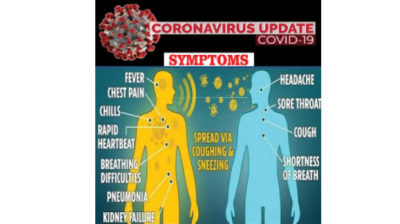 The man, who reportedly exhibited symptoms synonymous with the dreaded virus, was admitted in Forrester Ward, where he reportedly died on Saturday.

The matter was, however, reportedly being swept under the carpet by some senior health officials, although the Bulawayo City Council was summoned to fumigate the ward and the hospital’s morgue on the same day

The man, who reportedly travelled to Dubai, last month had his specimen taken and results were reportedly not yet released.

UBH chief executive Nonhlanhla Ndlovu said she was out of town and was not aware of the issue.

“ … I’m out of town. You can contact the acting CEO, Dr (Narcisius) Dzvanga,” Ndlovu said.

However, Dzvanga initially dispelled the issue, saying the fumigation was done at the mortuary after housing a COVID-19 body, that of case 11, a 79-year-old man who died at the Catholic-run Mater Dei Hospital last week, the third recorded death in the country.

“Not to my knowledge and I am the acting CEO and clinical director. We haven’t had a case of the dreaded COVID-19. Possibly at the mortuary as we housed the deceased, a positive case from Mater Dei,” he said.

However, moments later, he confirmed that they admitted a suspected COVID-19 case.

“Just confirmed you are correct, but the Forrester Ward was disinfected as a precautionary measure. Otherwise, the case tested negative,” he said.

“My most profound apologies, I wasn’t informed of this activity at all. I thank you for bringing that to my attention.”

A source said there was a suspected death of coronavirus at the health institution.

“The patient died yesterday (Saturday) in Forrester Ward, so they are waiting for the results. If they come out positive, we are all in trouble. They are saying results are not yet out and the patient had visited Dubai last month,” the source said.

She said the nursing staff was afraid to attend to him for fear of being exposed to the virus without proper protective clothing.

“Sisters at Forrester Ward were afraid of him. He was shouting and shouting, but they were too scared to go there. He died on Saturday early morning in Forrester Ward. The mortuary and the Ward were fumigated by the city council,” she said.

Bulawayo recorded its first COVID-19 death after a 79-year-old man got into a contact with a visitor from the United Kingdom and died on April 4 at Mater Dei Hospital, becoming the third recorded death in the country.
Forty seven of his contacts have so far been traced.