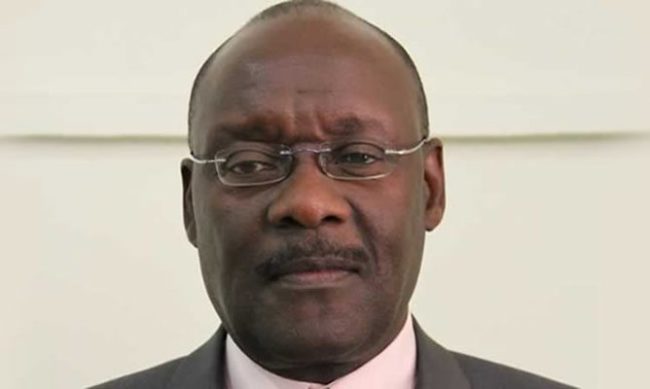 Former Health minister David Parirenyatwa, who is facing criminal abuse of office charges, has approached the High Court after a Harare magistrate dismissed his application for discharge at the close of the State case.

Parirenyatwa’s lawyer advocate Depak Mehta on Thursday asked for postponement of the matter to allow him to approach the High Court for a review of magistrate Elijah Makomo’s ruling dismissing his application for discharge last week.

Mehta said he had failed to get a transcribed ruling of the matter at the clerk of court’s office to allow him to approach the High Court.

He said the clerk of court failed to locate the ruling of the application of discharge in the court’s record, leading to the delay in approaching the High Court.

“Your worship, we have difficulty in proceeding with this matter as the preparation of the application for review was delayed by the release of the ruling of application for discharge which was not found in the court record. The clerk of court failed to locate that ruling in the court record and it was only yesterday (Wednesday) when we were given this ruling, so we need time to prepare so that we can file for the review at the High Court,” Mehta said.

Prosecutor Brian Vito consented to the postponement of the matter, saying technically, there was nothing that could stop the trial from proceeding since there was no order to stay proceedings, but for fairness sake, the matter had to be postponed to allow them time to prepare.

The matter was postponed to March 9 for defence case.

Allegations against Parirenyatwa are that on June 4, 2018, he ordered NatPharm board chairman George Washaya to terminate Flora Nancy Sifeku’s contract as managing director, saying that he required her services at the ministry’s headquarters in Harare.

He also allegedly directed Washaya to appoint Newman Madzikwa as acting managing director of NatPharm with effect from June 1, 2018.

The board complied and the two were given six-month contracts with effect from June to November 30, 2018.

The prosecution said the two ended up receiving salaries at the same time and thus prejudicing the company of $30 000.