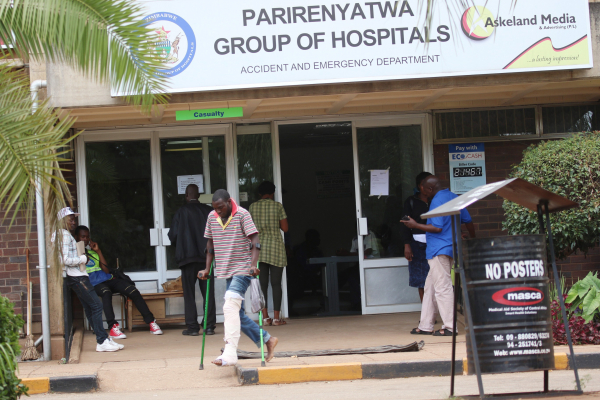 PARIRENYATWA Group of Hospital’s Mbuya Nehanda Maternity wing needs a financial injection of $220 000 per month from the government if the free maternal policy is to be implemented, Parliament was told.

The Parliamentary Portfolio Committee on Women Affairs and Youth last Friday visited the hospital to gather oral evidence on issues of implementation of free maternal user fee policy and contraceptives, and was told that although public hospitals were implementing the policy, the challenges were that the government was failing to disburse the money to support it.

“It means that we do not take walk-ins and those pregnant women that want to benefit need to bring referral letters and in the event that we have shortages of some stock, we ask the pregnant women to buy them,” Sanzira said.

“We need $220 000 per month if the user fee policy is to be implemented as we need reagents, syringes and other consumables,” she said.

Sanzira said after the implementation of the free user policy for pregnant women and children under the of five, as well as people over 65 years the hospital witnessed an 11% increase in the number of patients.

“Government allocated $3 million as recurrent grant and $4,7 million as capital grant, but as at March 31 which is the cut off period, nothing has come,” she said.

The sister in charge of Mbuya Nehanda Family Planning Centre, Saliet Kapanda said pregnant women were being exempted from paying user fees, but family planning pills were being charged at $1 for six packets, $1 for injectables like depo provera for three months and $10 for implants, while the intrauterine contraceptive device is administered for free as it was donated.

Misihairabwi-Mushonga said women are complaining that most hospitals were treating pregnant women for free, but demanding that they provide syringes, cotton wool, blood for transfusion and even detaining them and their babies for failing to pay the user fees.

“Provincial hospitals are complying with the free user fees policy, but council clinics are not and as a result there is flooding at hospitals like Mpilo Central Hospital in Bulawayo where we found women sleeping on the floor, while those maternity hospitals that charge have empty beds,” she said. In 2013, there was a proposal that the Health Transition Fund should fork out $450 million through Treasury to fund maternity homes, but that did not happen.