National Assembly Speaker Jacob Mudenda has revealed that Parliament is contemplating crafting a law that will regulate DNA testing in the country amid revelations that there is no such law. 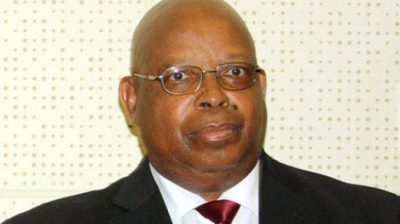 Mudenda said this during a stakeholders meeting with Matabeleland-based civic society organisations and journalists in Bulawayo.

He was responding to concerns raised by the National University of Science and Technology (Nust) officials that the country had no law regulating DNA testing.

“I was at Nust and the university raised questions on the issue of secrecy of the DNA results with major focus on how they are handled or publicised.

“They said a law must be there to pave way for such a process.

“I agree with the university. We shall have a process of coming up with that law,” Mudenda said.

“They did not write a petition, but they presented an oral petition during my visit there.”

The Speakers’ remarks come at a time the government is working on a law that will guide the process of exhumations of the remains of Gukurahundi victims in Matabeleland and Midlands. Nust is expected to conduct the genetic studies.

The genetic studies will assist in exhumations of Gukurahundi victims buried at undignified places across the country.

The Speaker said Parliament would soon have a 24-hour television station dedicated to parliamentary proceedings.