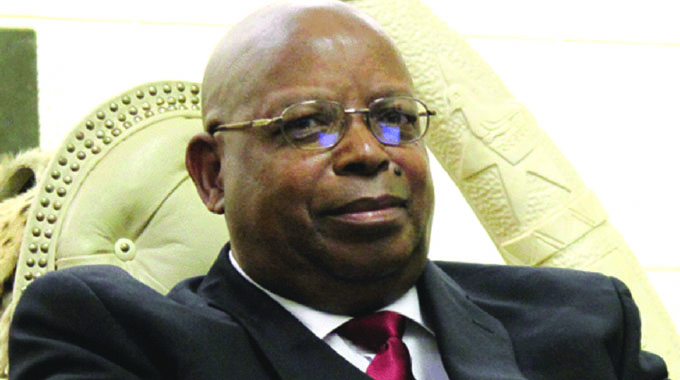 PARLIAMENT will reconvene on Tuesday next week after resolving to extend the adjournment of House business on account of current level four national lockdown.

The National Assembly sat for the first time this year on Tuesday following the annual festive season break, which began on December 19.

The House resolved, during the brief session, to postpone sittings until the pronouncement of a review of the current lockdown restrictions, which lapse on February 15.

The Senate also met for a brief token sitting a fortnight ago and agreed to resume business on February 16.

Clerk of Parliament Mr Kennedy Chokuda told The Sunday Mail that both Houses will commence sitting after the announcement of revised lockdown measures expected before February 15.

He said Parliamentarians will undergo Covid-19 screening as and when necessary.

“Business of Parliament and how it will be managed will be informed by the revised lockdown arrangements as pronounced,” said Mr Chokuda.

“This will continue into the future as it allows the business of Parliament to continue while complying with Covid-19 regulations.

“Disinfection of the Parliament building, temperature screening and provision of hand sanitisation facilities are some of the measures that have been adopted to curb the spread of the virus.

“In addition, we have also adopted remote working to reduce the numbers of staff present within the building at any one time.

“Members and staff have also been provided with reusable masks and these will be replaced constantly to ensure they are protected.”

He said Parliament had adopted virtual sittings for both Houses and committees as part of mitigation measures.

Zanu-PF chief whip Pupurai Togarepi said the ruling party caucus will push for enactment of a law which prohibits citizens from conniving with hostile foreign governments to harm the nation.

Last year, Cabinet directed the Ministry of Justice, Legal and Parliamentary Affairs to draft a law to criminalise and impose stiff penalties for campaigning against the country through private correspondences with foreign governments and harming that national interest.

“We expect to see various motions coming from MPs and of particular interest the enactment of the Patriotic Act,” he said.

“Many members feel the law should deal with those who work with foreign countries and entities to the detriment of the country.

“We expect Parliament to religiously follow the legislative agenda set out by His Excellency, President Mnangagwa when he opened this session of Parliament. It will be critical that we see through the majority of these Bills that have a bearing to the alignment of laws to the Constitution and good governance of our country. I also expect to see statutes around Government’s effort in fighting the Covid-19 pandemic.

“We are also expecting continuation of public consultations on all the Bills, albeit under the Covid-19 pandemic environment.”

The Constitutional Court Bill, passed by Parliament on September 15, the Zimbabwe Media Commission Bill which was passed on December 8 and the Manpower Planning and Development Amendment Bill, which passed on December 16 are yet to be gazetted.

The Centre for Education, Innovation, Research and Development Bill is also awaiting commencement of the second reading.

Constitution of Zimbabwe Amendment (No. 2) Bill is nearly through its second reading.

The Pension and Provident Funds Bill and the Zimbabwe Independent Complaints Commission Bill were gazetted last year but are still to be tabled before the House.

Meanwhile, MDC-T president Douglas Mwonzora assumed a position on the Committee on Standing Rules and Orders following the resignation of Innocent Gonese.

Speaker of the National Assembly Advocate Jacob Mudenda announced the reconfiguration of the committee during Tuesday’s sitting.