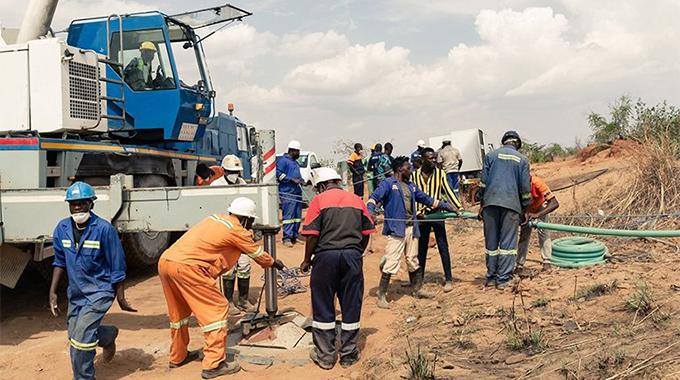 A Parliamentary committee wants a disaster management system in place to deal with the sort of accidents that have hit small-scale miners and claimed several lives in recent weeks.

Presenting the 2021 budget analysis report to the National Assembly this week, chairman of the Portfolio Committee on Mines and Mining Development Cde Edmond Mkaratigwa said the 2021 National Budget did not provide funding for disaster management.

“The committee notes with concern the rising cases of accidents in the mining sector,” he said. “The situation is worsened by the absence of a disaster management system by the Ministry of Mines and Mining Development that reacts to disasters; the current disaster management structure only covers formal miners and excludes the small-scale miners who are largely informal. This is despite the fact that they are currently mining about 50 percent of the country’s gold.

“The 2021 budget did not provide any allocation towards the mining sector disaster management.”

In September, five miners were trapped when a shaft collapsed at Task Mine Syndicate in Chegutu with two bodies eventually retrieved last month.

The bodies of at least 10 other miners remain unrecovered in another shaft at Ran Mine in Bindura, with one volunteer dying during recovery operations.

Efforts to retrieve bodies have been halted due to the exceptionally high risks, especially with the recent rains, couple with no chance of rescuing anyone alive.

Cde Mkaratigwa said the committee noted with concern the failure by Treasury to release funds for the capacitation of small-scale miners.

“The Committee noted that in the 2020 budget, Treasury allocated $64 million towards the capacitation of the small-scale miners through the mining industry loan fund,” he said.

“However, it is disappointing to note that in 2020, Treasury did not disburse any funding for this budget item. To make matters worse, the 2021 budget allocated only $274 million towards capitalisation of the Mining Industry Loan Fund against a ministry’s bid of $556 million.

“The amount allocated represents a funding gap of 50,7 percent. The small-scale and artisanal mining sector has of late become one of the pillars of the economy of Zimbabwe, contributing significantly to national exports and, therefore, should be adequately supported to enable them to transform from being informal to formal enterprises.”

The committee was concerned over the leak of minerals in the mining sector and raised concern over the failure by Treasury to adequately provide funds to buy vehicles for monitoring and evaluation. Budget for the acquisition of the motor vehicles was $174 million against a requirement of $350 million. The Ministry of Mines and Mining Development was allocated $1,399 billion in the budget against a bid of $4 billion.

Cde Mkaratigwa said such underfunding will negatively affect the surveillance activities of the ministry.

“There is need, for example, for Government to continuously monitor production output levels and operational issues at mining sites instead of relying on information from the mining companies,” he said.

“Depending on mining companies to declare production figures is not sustainable and this could lead to distorted information on production levels.”

The Ministry of Mines and Mining Development was allocated $1,399 billion in the budget against a bid of $4 billion.