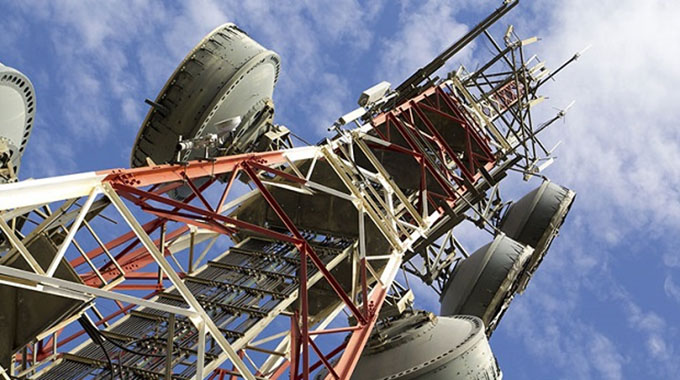 Farirai Machivenyika in MAITENGWE, Matabeleland South
The Postal and Telecommunications Regulatory Authority of Zimbabwe (Potraz) has been commended for constructing base stations in marginalised communities to bridge the information gap.

This was said by the Parliamentary Portfolio Committee on Information Communication Technologies, Postal and Courier Services in Maitengwe during the ongoing tour of base stations constructed from the Universal Services Fund (USF).

“The construction of the base stations is a welcome initiative which will go a long way in connecting communities that would not have been considered commercially viable,” he said.

“It’s also appreciated that service providers are sharing the base stations which will go a long way in reducing costs that will benefit the consumers.

“We therefore call on Government to ensure that regulations on infrastructure sharing are implemented.”

Potraz has constructed base stations in remote areas like Gatshe Gatshe in Mashonaland West, Pumula in Tsholotsho, Nemashakwe in Masvingo, Makosa in Manicaland and Pfungwe in Mashonaland East.

Speaking on behalf of Potraz director-general Dr Gift Machengete, the organisation’s head of consumer affairs and publicity Mr George Manyaya said they were targeting to improve connectivity in marginalised areas.

He said Government through Potraz, was intentionally enabling infrastructure sharing.

“We are contributing to the economic turnaround of the country through these passive infrastructure connectivity projects in the under-serviced and marginalised areas,” he said.

“The projects were funded through the USF, which is aimed at promoting universal access and improving standards of life.

“Accordingly, we are working towards bridging the digital divide as testified by the increase in the country’s mobile and internet penetration rates.

“This also enables infrastructure sharing by operators. To date, we have 20 sites across the country as it is our desire to connect the unconnected citizens.”

The 20 base station sites are in all the eight rural provinces of Zimbabwe where telecommunication service providers see no economic value if they provided network coverage.

After completion of the project, the infrastructure is assigned to an individual licensed telecommunications network operator for operations and maintenance purposes, although all operators are obliged to share the infrastructure site facilities.

The scope included the erection of telecommunications towers, palisade fences on the sites, provision of solar power, diesel engine generators, batteries, equipment shelters and access roads to the sites.

Newer Post
Why Citizens Must Reject The Constitution Amendment Bill No.2 of 2019
Older Post
Op-Ed: Mthuli Ncube – this is how Zimbabwe’s economy will overcome its hurdles