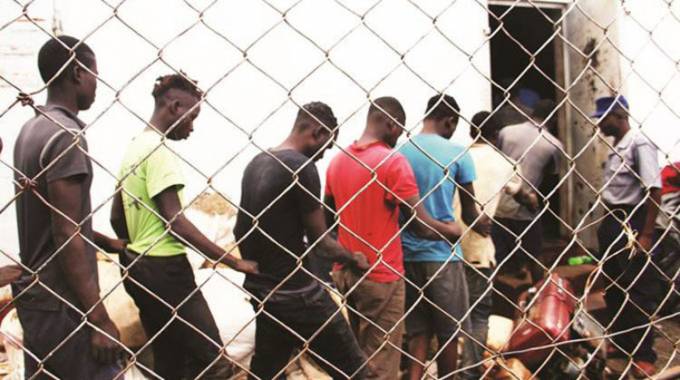 Parliament will this week commence procedures to launch an inquiry into machete-wielding gold gangs that are causing deadly violence around the country.

The machete-wielding gangs have killed several people, including a police officer, while also committing other ghastly crimes such as robbery.

While the machete gangs were initially involved in the fight for gold spoils, the criminal elements have extended to other vices beyond gold mining.

The parliamentary probe is being conducted as a matter of urgency with public hearings set to be held in all the ‘hotspots’.

The legislature will also summon relevant Cabinet ministers, the Commissioner-General of Police, head of the National Prosecuting Authority, miners and other stakeholders. In an interview, Speaker of the National Assembly Advocate Jacob Mudenda said he will be seized with the matter this week.

“I have been on leave and I will be returning to the office next (this) week. But I will immediately get down to it. We are going to have a meeting on the issue.”

Last week, the Parliamentary Portfolio Committee on Mines and Mining Development held an emergency meeting where it committed to launch the probe.

In an interview with The Sunday Mail, chairman of the committee Mr Edmund Mukaratigwa said Parliament was eager to untangle issues behind the violent gangs.

“After the press conference we held on Wednesday, it’s now time to start serious business. As a starting point, we are going to have a meeting next week (this week) to lay out the work plan. Once we get the blessing of the Speaker, we will be good to go,” he said.

Mr Mukaratigwa said the committee would engage people that have been affected by the violence. “We are going to do everything in our power to get to the bottom of this issue. For example, one of the measures that we are going to take is to visit all the areas where these gangs have been a menace. That means going to each of the eight mining provinces,” he said.

In a statement last week, the committee said the violent acts were a threat to national development. “The committee is perplexed by the rampant killings and lawlessness going on in the mining sector and as the elected representatives of the people, Parliament will not remain silent on the issue,” read the statement.

“Within its mandate, Parliament, together with Government shall ensure that punitive measures are put in place to address this matter as it affects our major resources and reduces the market space through the tainting of our minerals.

“Zimbabwe is and has always been a civilised republic regulated by the laws enacted by our Parliament and as such unruly acts of violence sprouting around our major resources cannot continue, for the reason that they retrogress the development and nation building efforts currently in force.”

The committee also acknowledged efforts by the police to crackdown on the violent gangs.

Last week, police embarked on operations countrywide leading to the arrests of scores of members of the gangs in Mashonaland Central and Midlands.