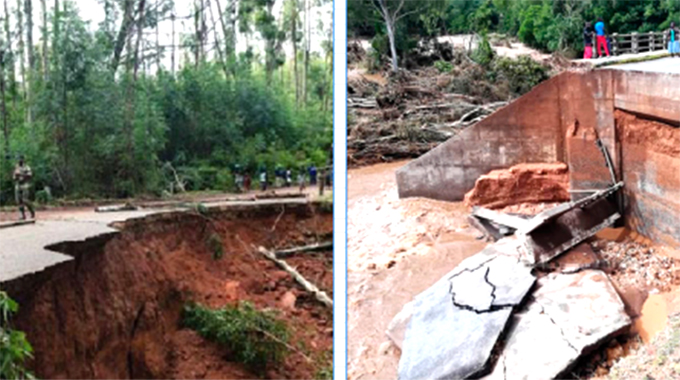 Walter Mswazie Masvingo Correspondent
A Parliamentary Portfolio Committee on standing rules and orders is visiting areas affected by Cylone Idai in Masvingo province to have an appreciation of the magnitude of the problem.

The tropical cyclone killed five people in Bikita where 3 000 households were affected while 291 families were left homeless and in dire need of food. More than 5 000 homesteads were affected in Masvingo province.

Today the committee is expected to visit Chiredzi district.

Parliamentary representative Mr Edmore Nyamuramba said the committee, which was divided into two teams with the other one assessing the damage in Manicaland, would compile a report which would be presented to Parliament for action.

“After assessing the damage on the ground, the committee will present a report to Parliament for action. Parliament is already mobilising resources to assist the cyclone victims and will distribute them according to need,” he said.