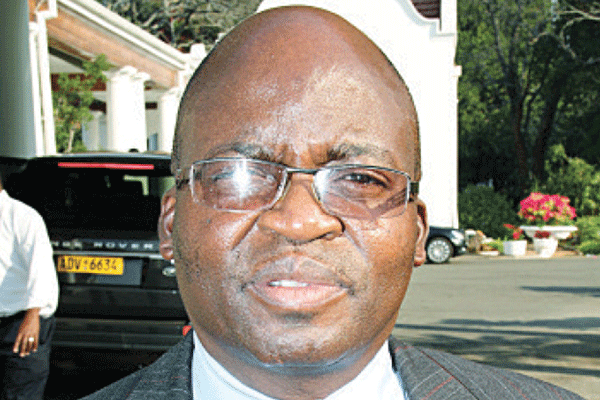 HOME affairs and Culture deputy minister Obedingwa Mguni has urged Parliament to review the term of office for permanent secretaries to avoid abuse of power.
“Permanent secretaries should have a fixed term because if they over stay they end up overlooking some issues and abusing the powers of their office,” he said.
Permanent secretaries can now only serve for two terms under the 2013 Constitution.

Addressing the Parliamentary Portfolio Committee on Labour and Social Welfare, where he was giving a report on findings into the unfair labour practices at the Department of Immigration, Mguni said immigration department directors were being protected by Home Affairs permanent secretary Melusi Matshiya during former Home Affairs minister Ignatius Chombo’s tenure and this led to corruption and abuse of power.

Mguni said, many cases came to him and some include immigration officers, who tampered with cameras at ports of entry and some received bribes to smuggle in foreigners without the requisite documentation.

Mguni said most of the directors used to intimidate and bully their subordinates as they had a police background.

“Anyone, who is a director can do anything they like and get away with it. Those who tried to voice up were transferred or were suspended, which clearly showed the unfair labour practice in the Immigration Department,” he said

“There was a lot of corruption in the Immigration Department. At one point, the permanent secretary for Home Affairs refused to fire the directors because he said there was no case against them and yet there were many cases. What people should know is the problem of unfair labour practices cannot be dealt with unless we deal with the people in top positions,” he said.

“Parliament of Zimbabwe stands ready to be part of the CPA once the arrangements are ready that are being spearheaded by the Executive have been completed,” she said.
Zimbabwe ceased to part of the CPA in December 2003 when former President Robert Mugabe pulled out of the Commonwealth after Western countries challenged his election victory.