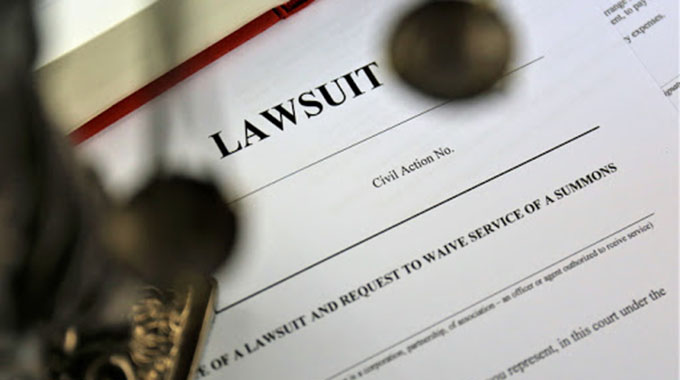 Yeukai Karengezeka Court Correspondent
A top Harare gynaecologist, Dr Ashel Marume, has been slapped with a $400 000 lawsuit by his patient, who is accusing him of removing her uterus without her consent while she was delivering a baby at a local hospital.

In the summons now before the High Court, Nyasha Chiweshere cited Queen of Peace Hospital as the second respondent.

According to Chiweshere, she discovered about it four days later after she had asked Dr Marume the best contraceptive method to use. However, Dr Marume informed her that she no longer had a womb.

The incident caused her emotional and psychological damages, she alleges.

Chiweshere says she is now unable to carry out some of her duties as a farmer after she sustained some burns at the hospital when nurses placed unwrapped hot water bottles on her bed to warm her.

“The actions of the defendants (Dr Marume and the hospital) resulted in plaintiff (Chiweshere) getting psychological and emotional trauma. The plaintiff is still nursing wounds sustained and her left side most often gets numb and she will be unable to use her left hand,” reads part of her summons.

Circumstances are that sometime in March 2019, Chiweshere visited Dr Marume for her routine pregnancy check-ups.

When she was about to deliver, he suddenly referred her to Queen of Peace Hospital where the tragic incident took place despite being aware that she had registered with West End Hospital.