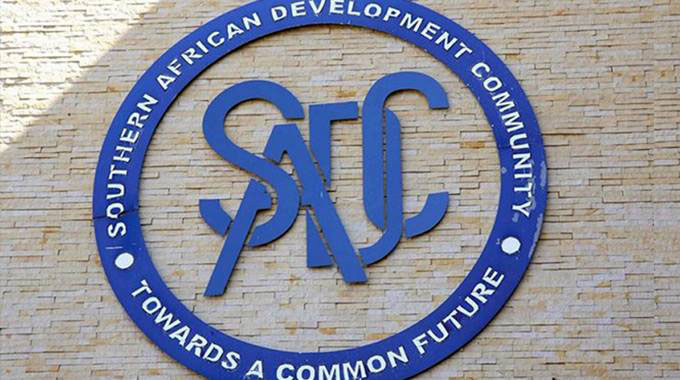 Herald Reporter
THE Southern African Development Community (SADC) will today hold its 40th Ordinary Summit of Heads of State and Government focusing on peace and security, threats posed by the Covid-19 pandemic and climate change, among other issues.

The summit will be conducted through a video conference due to the Covid-19 pandemic.

President Mnangagwa will take part in the summit, which was preceded by meetings of ministers and senior officials to clear the path for the Heads of State.

The summit will be held under the theme, “40 Years Building Peace and Security, and Promoting Development and Resilience in the Face of Global Challenges”.

Foreign Affairs and International Trade Minister Dr Sibusiso Moyo said the agenda of the summit had been set, with the “primary focus being to facilitate the handover of chairmanship of the SADC Summit from Tanzania to the Republic of Mozambique|”.

The summit will also elect new deputy chairpersons of the SADC Summit and the SADC organ who will then assume chairmanship in August 2021.

The summit will receive a report from the outgoing chair of the organ, President Mnangagwa.

In his report, he will outline the key activities of the organ during Zimbabwe’s tenure, covering the period of August 2019 to August 2020.

Other issues to be discussed include the socio-impact of Covid-19 and its implications on the region.

Zimbabwe, in its capacity as chair of the Organ on Politics, Defence and Security Co-operation, has been championing a regional approach to address

the terrorism threat and has confidence in the capacity of regional security institutions to deal with the matter.

During his tenure as chair of the Organ on Politics, Defence and Security Co-operation, President Mnangagwa received plaudits from his regional colleagues for successfully mediating in regional security issues such as the situation in Lesotho and most recently the boundary dispute between Zambia and the Democratic Republic of Congo.

“It’s really buttressing the concept of security which provides stability for development whilst it is accepting that there are global challenges which are facing the region and which are also facing the community, but whilst facing the rest of the world such as the Covid-19,” said Minister Moyo.

The meeting comes in view of the challenges posed by the Covid 19 pandemic.

The summit is expected to focus on SADC’s liberation war heritage and historical legacy. The regional bloc was set to consider mechanisms of honouring its founding fathers as recommended by the Ministerial Committee of the Organ.