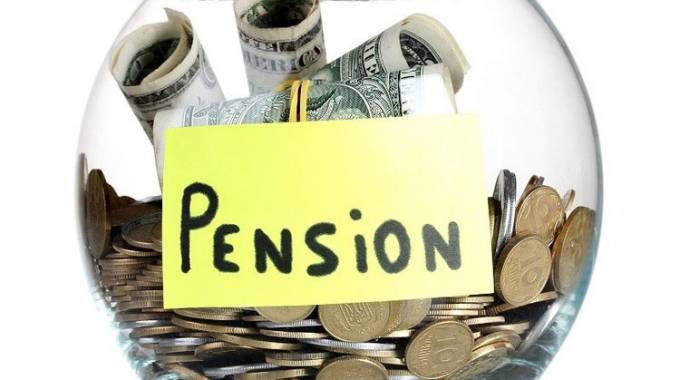 For quite some time, local pension funds and insurance companies have been lobbying Government for permission to transact in foreign currency, largely to protect members and policyholders from inflationary pressures.

The Government obliged through promulgating Statutory Instrument (SI) 280 of 2020.

Unlike its regional counterparts, Zimbabwe did not allow pension funds and insurers to trade in foreign currency.

The restrictions pushed some companies to move their businesses to foreign markets where the environment was considered favourable.

Insurers and pension funds, therefore, had to seek approval from the Reserve Bank of Zimbabwe (RBZ) and the Insurance and Pensions Commission (IPEC) to issue policies denominated in foreign currency.

However, SI 280 seeks to address some of these concerns.

According to the new regulations, “it shall be permissible to charge and to tender foreign currency in payment for the following transactions — international travel insurance; motor insurance for vehicles in transit; customs bond insurance; bank cash in transit; third party motor insurance payments for foreign-registered vehicles; safari operators insurance; export credit insurance; importers and exporters on cost, insurance, and freight; exporters’ insurance, including mining houses and tobacco merchants; special insurance policies for strategic national assets, including electricity equipment and stations, and aircraft equipment.”

The new law allows for payment of insurance premiums by any individual or entity holding free funds, which effectively means all insurance businesses can now be conducted in foreign currency.

In March, monetary authorities allowed use of free funds to ostensibly to make it easier for the transacting  public.

And to the extent that a key component of the pensions value chain is investments, Government will require pension and provident funds to “invest the contributions in investment instruments denominated in the same currency the contributions are made.

“And in respect of fund members whose contributions have been paid in foreign currency, through nostro accounts, pay such member’s benefits in the currency in which the contribution has been paid.”

But Zimbabwe Association of Pension Funds (ZAPF) director-general Ms Sandra Musevenzo says there are some grey areas that need clarification.

“The first issue, which is not clear to members, is where will the money be invested? Because as long as the money sits in Zimbabwe or invested on the ZSE, which is denominated in local currency, you cannot say you are contributing in United States dollars, which are then converted to Zimbabwe dollars. We don’t have assets that are denominated in US dollars, which will then protect member values that are being contributed in US dollars, except for the Victoria Falls Stock Exchange (VFEX) that has one counter.

“If we are going to put it on the money market, it will be converted to Zimbabwe dollar. Currently, there are no assets denominated in foreign currency where pension funds can invest in,” she said.

“Secondly, what does it mean from an administrative point of view. We already have guidelines that are being implemented right now, to say let’s have sub-account ‘A’ for those investments that were done in US dollars for a certain period, then we have sub-account ‘B’ for those investments that were contributed in Zimbabwe dollars.

“Now we are going to create a third sub-account, where we say we invested in US dollars again; so from an administrative point of view, that needs to be addressed because it’s not clear. The IPEC has not said anything on how we are going to administer these various contributions.

The VFEX presents insurers and pension funds with an opportunity to create investment portfolios where assets and liabilities match, given that the industry has US-denominated liabilities, but, as indicated by Ms Musevenzo, the bourse is still in its infancy.

The absence of US-dollar assets for these entities to invest in locally, will likely compel them to look outside the country for forex-yielding assets.

The National Social Security Authority (NSSA) has done this successfully with a US$20 million investment in regional financier Afreximbank that has been particularly impressive, yielding US$2 million in dividend payments between 2017 and 2018, and US$1,2 million last year.

The social security scheme has sought to replicate the success of its 2017 investment in Afreximbank by recently acquiring a US$1,7 million stake in a regional reinsurance company.

Notwithstanding the emerging questions, the move by Government to allow insurers and pension funds to do business in foreign currency has the potential to restore both trust and viability of the sector in the long run.

Said Insurance Council of Zimbabwe (ICZ) executive officer Mr Tendai Karonga this week:  “By allowing for payment of insurance premiums using free funds, the SI 280 has brought the necessary stability to insurance transactions where an asset-liability match is possible.

“Insurers may now charge the correct premium reflective of the risk carried as placed by the policyholders. Policyholders can now be confident that their insured covers are not affected by inflation, consequently eliminating under-insurance.

“Credibility of the insurance industry is heavily dependent upon timeous payment of claims. There is a need to actively engage with the RBZ to ensure the existence of a system that allows movement of claims payments.”