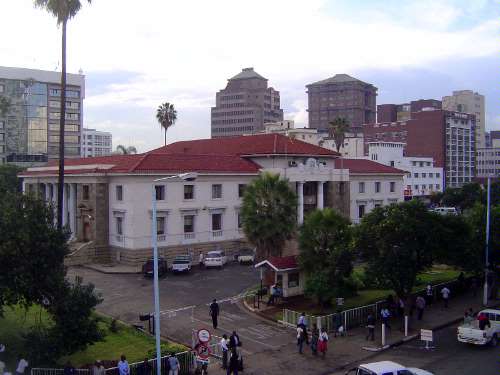 HARARE – There was drama at Harare City Council (HCC)’s Town House after pensioners staged a sit-in on Monday, protesting the non-payment of their monthly pay-outs.

According to the pensioners, some of whom are former liberation war fighters, they have not been receiving their monthly pay-outs since they were retired about four years ago.

It is being alleged that council had not been remitting their monthly pension contributions to the 10 (LAPF), which can only start to disburse their pay-outs once the city fathers have cleared the arrears.

But there is another predicament confronting the pensioners. They claim that they were retired before reaching their retirement age.

On Monday, they presented a petition to the mayor’s office, outlining their grievances.

“When we started work after independence, the agreement was that we would only retire at 65 years of age.

“However, to our surprise, council changed that in 2014 and ‘fired’ us upon reaching 60 years. For us to go to the courts, we will not succeed because council is being run politically,” said one Erasmus Moyo.